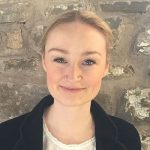 After graduating from the University of York and following a brief stint in London Tatjana located back to the region in 2011. Originally working in press and PR, she quickly made the move into tech in 2012 when she started working at Cowork Inc and helped co-create The Guild in Bath with Tom Lewis.

After four years at the hub, in 2016 Tatjana left to join the team at Invest Bristol & Bath joining their accounts and business development team with a focus on bringing global and international tech talent to the region.

What excites you most about the tech scene in Bristol, Bath and the South West?

The region is absolutely killing it right now  – we’re the most productive and one of the fastest growing.  We’re seeing some huge players move into the region at the moment due to our talent base and incredible homegrown companies.

What are you hoping to see from the SPARKies nominees?

I’m hoping to see nominations that not only demonstrate an impact locally but nationally and internationally.