For TechSPARK’s recent Roundtable we combined forces with Bishop Fleming to bring together companies of different sizes and industries to share the challenges of the last 12-18months, what they have in common across the board and also what changes they’re planning to keep. Essentially comparing Covid War Stories – and highlighting the positives that have […] 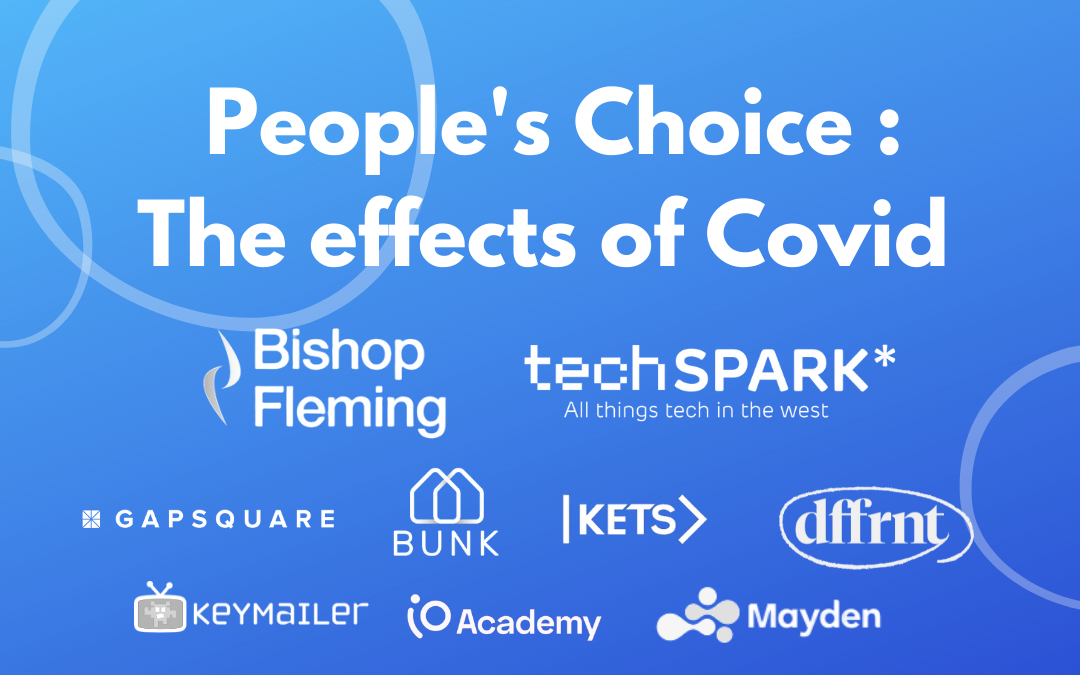 For TechSPARK’s recent Roundtable we combined forces with Bishop Fleming to bring together companies of different sizes and industries to share the challenges of the last 12-18months, what they have in common across the board and also what changes they’re planning to keep. Essentially comparing Covid War Stories – and highlighting the positives that have spun out of the pandemic in the working environment.

We began by talking about how different organisations initially reacted when it became clear that covid was going to have a serious effect on how we operate. Everyone agreed in the first 6 months it was the role of each founder/ manager to work out how their teams would survive and thrive.

Ash says, “We had to change, yes. But then that’s a constant for all businesses. Anyone who’s a founder or manager has to change, improvise, adapt and overcome. This time it’s just been different types of change, essentially a different type of hackathon – this one is to figure out how to survive.”

Unsurprisingly, a lot of the initial challenges as a result of covid were about the new isolated working environments. The focus was on how to maintain culture and productivity in these environments.

Not only each company but also each team’s productivity was different depending on the type of work involved and how committed the teams were to the company vision. Whether they are an ambitious and driven team, or perhaps a team that was focussed on other areas of life than work, such as raising a family, alters the outcome.

Zara comments, “Developing the leadership capabilities of the team is my key focus in the company. The key thing for me is about growing our people into leaders, whether they stay in Gapsquare, or they move on and go into the next job, they can really be leaders in their fields and in their lives.”

We then turned the conversation to how communication styles were forced to adapt in reaction to covid reshaping out worklives.

Some used all day meetings to allow teams to maintain that constant sense of contact and collaboration.

Ruth tells us, “We have a very collaborative culture [at Mayden], we really value time together as a team. Most of the teams have a video call that they’re mostly in every day all day, that’s just where they hang out. It doesn’t mean that they’re intentionally having a meeting all the time, but are in the room. So that’s how teams collaborate with each other, because they’re just there.”

For bigger organisations switching to video conferencing was really useful where it hadn’t been the norm pre-covid.

John adds, “Previously a lot of our meetings with overseas clients [at Bishop Fleming] would be by phone. And even when you both speak English, you still have cultural differences to deal with, so with some of our clients you had to work extra hard to build relationships. However, as soon as we flipped to video conferencing you could get that smile and response, and you suddenly understood them. The rapport built was incredible.”

For internal virtual team meetings where more creativity is needed, it was also pointed out that you need a different type of communication in online meetings than in real life. Interrupting people doesn’t come as naturally in virtual meetings.

Charlie says, “We use the Occupy hand signals [at IO Academy], so if you agree with someone while they’re saying something, rather than just sitting there blankly you can do jazz, literally jazz hands, to be the equivalent of I agree with what you’re saying right now.”

And the importance of regular daily catchups was reiterated throughout. As Tom says, “At Bunk, we do find having even a 5-10 minute conversation at the beginning of the day, in small groups of five to six really, really helps hone in. You can see how much work people have got on and it’s a really good opportunity as a manager to be thinking, okay, well, maybe I need to have a chat with those two to push them a little bit harder, or, they’ve got a lot on and I can see if I can alleviate it.”

And the whole way we manage is having to change.

Zara tells us, “I was in a conversation with the chief economist at Gartner the other day, and they were talking about how they’re seeing a big shift in what a manager is because you don’t need to manage tasks. Slack & Trello are for that. So they’re seeing how mid management employees are actually becoming coaches, and how that in turn, that is having an impact on who managers are becoming. They’re moving away from being traditionally more white male middle-class people into being more women because they are more likely to really understand that coaching, that nurturing, that helping people feel like they can fulfil their potential and be the best that they can be both at work and outside of work.”

Whilst speaking on sensitivity to returning to the office, Caroline explains KETS approach, “Our priority was to get the tech team back in the lab. And that did mean figuring out exactly what each of them needed in order to be there and feel safe to be there. But it came down to things like how can we pay for them to park so they don’t have to get on public transport or can we find a place where they can park safely and all of those things we had to look at individually and keep them as safe and protected in many ways from the rest of us as possible.”

John adds, “We are recognising the challenge that comes with people coming back to the office and as such we have planned a whole series of events of different sizes and proportions to try to ease people back in and help them bond and just spend time together as humans and be friends”

As well as meeting free Wednesdays, online Friday socials that are more inclusive than the pub, empowering leaders, borderless recruitment and slower, small talk permitted meetings – the last takeaway involved the ability to take breaks without being frowned upon.

Jamie says, “I come from a FinTech background in London, where everyone sat at their desks for like 12 hours. And if anyone got up to leave, the whole office would stare at them. There’s a huge negative approval of getting up. Whereas now going for a break is normal. And we have to look in the general channel before we call an impromptu meeting because people might be out. And that may be inconvenient as a business manager, but as a human, it’s quite nice.”

From the initial shock, to acceptance and adaptation, it seems we’ve figured out how to survive covid. 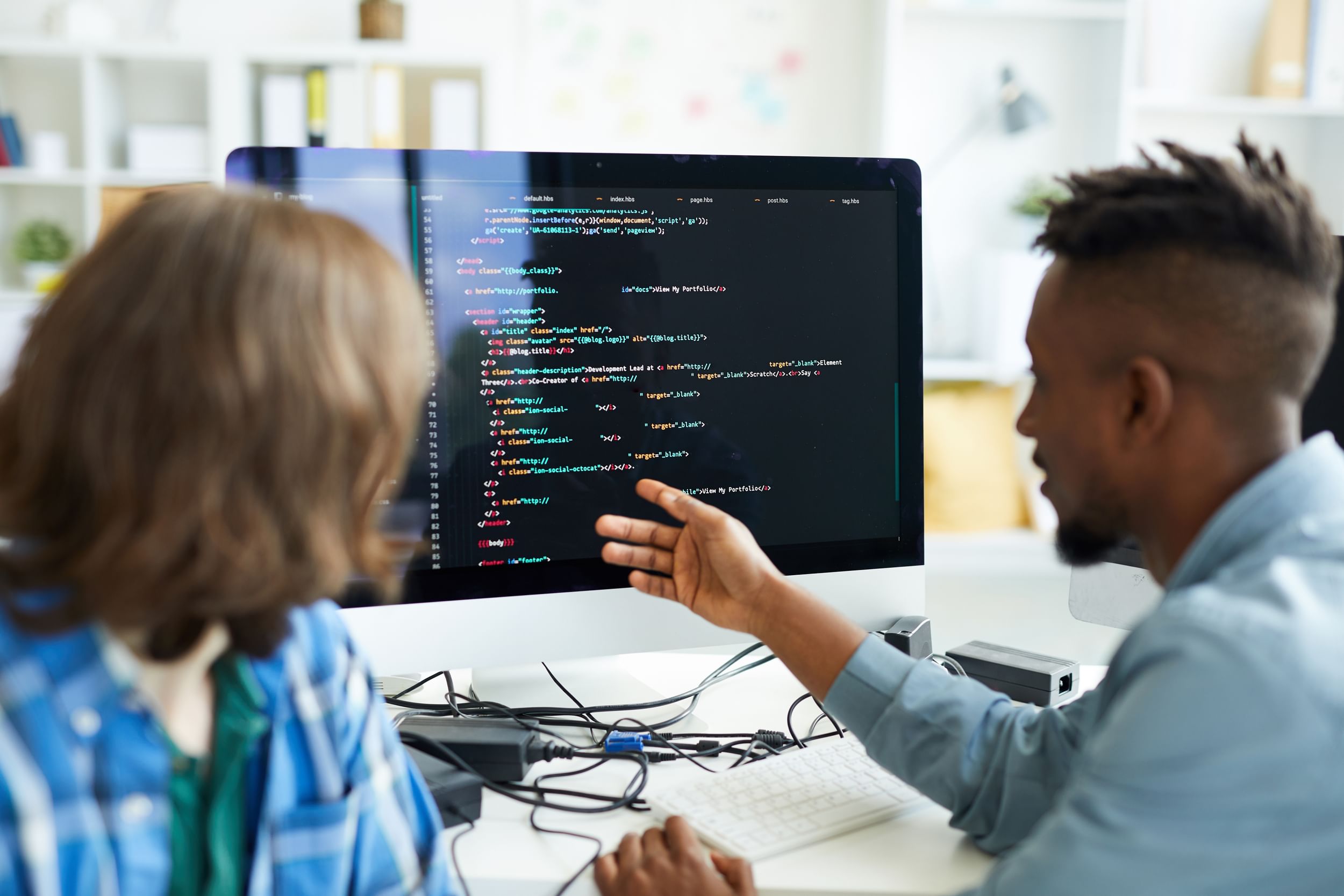 Get free help to grow your business with the power of tech!

How to prepare for your first public speaking event