Following on from the national Recovery Roadmap programme that TechSPARK pulled together last year as part of their role within the UK Tech Cluster Group, we have decided to hold some further Roundtables exploring various elements of what’s in store for our tech organisations as we emerge from the pandemic, focussed on the changes that […] 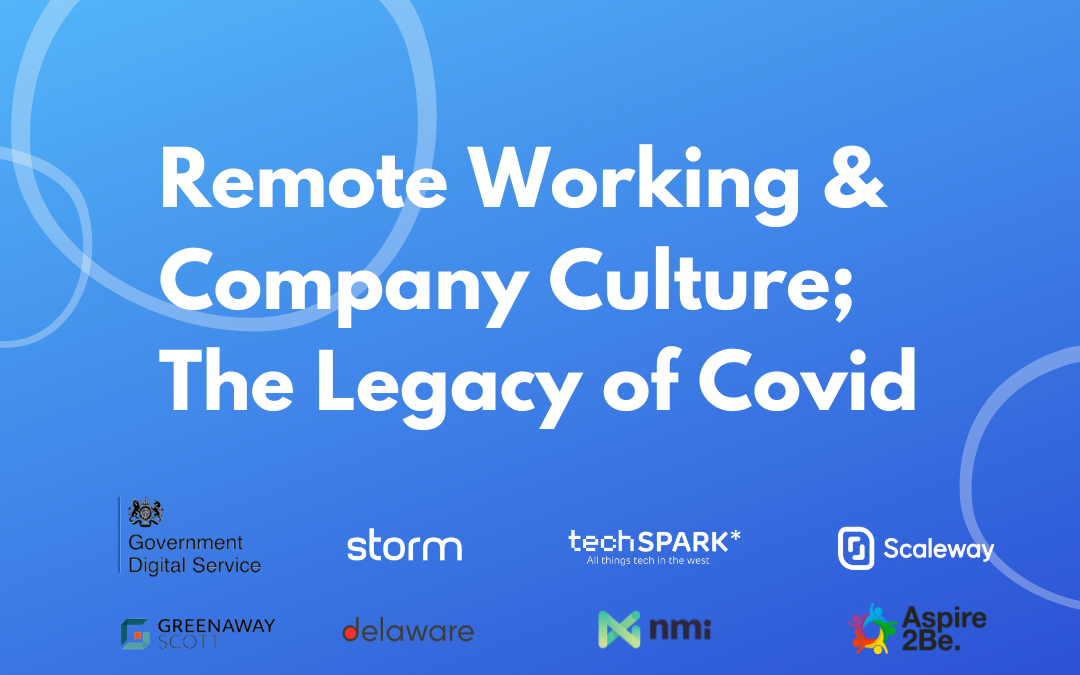 Following on from the national Recovery Roadmap programme that TechSPARK pulled together last year as part of their role within the UK Tech Cluster Group, we have decided to hold some further Roundtables exploring various elements of what’s in store for our tech organisations as we emerge from the pandemic, focussed on the changes that have happened and looking at what is likely to remain in a post Covid world – and we’re starting with remote working and company culture.

The first of this series is around our new working styles, what has changed for our tech organisations over the past year, what has worked to bring people together, and what is likely to remain in place. This session was kindly sponsored by Greenaway Scott.

The concept of culture

We kicked things off by talking about the concept of culture in an organisation. The more defined your culture pre-covid, the more chance of keeping it over lockdown. 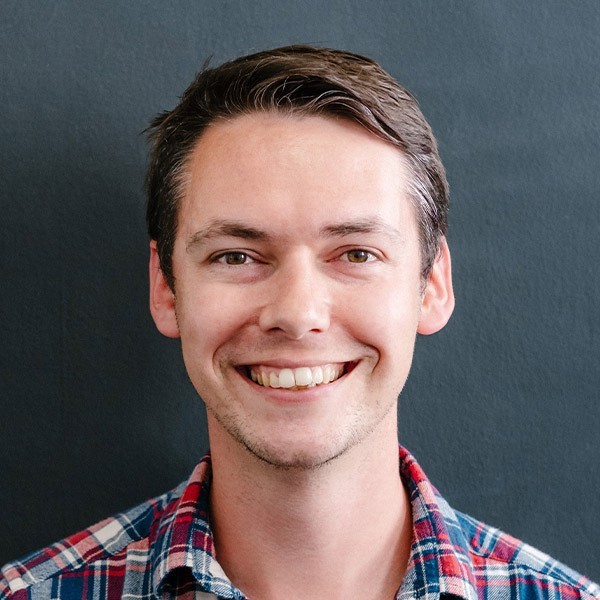 David Kelly (pictured right), CEO at Storm Consultancy says, “How many companies really can write down their culture in the first place? And therefore how can they judge whether or not they’ve maintained it. I think the stronger your company culture, and the more defined it was going into this process, the better chance you’ve had to have it be retained throughout.”

Simon Pridham, Managing Director at Aspire 2Be adds, “When you rewind to last March, there was the initial shock of what was coming for businesses over the hill, as it were, pretty quickly. I think that period of reflection was a time for everyone to say, well, let’s stop a second and see where we are. The culture at that time was very difficult, not so much to maintain, but to measure even.”

How prepared you are for the culture change in the first place depends on how you were set up pre-Covid.

“For the GDS it was less of an issue as they’ve always had a flexible working culture. We think people give their best when they have a work life balance when they’re able to work in a creative manner that suits them and their style. So that’s really worked for us. And I think it enabled us to adapt to working from home much more quickly than we might have been if we were all in the office space, ” Rebecca Birs, Head of Resourcing Talent & Inclusion at Government Digital Service says.

Two sides of the story

People agreed that in a lot of cases remote working has proved amazing for time management. Yan Richard, International Business Development – Public Cloud at Scaleway tells us, “One great thing is that previously I was doing physical meetings where I had to commute. And since the lockdown I can perform six, seven meetings a day, the only thing that stops me is the admin work to do them.” 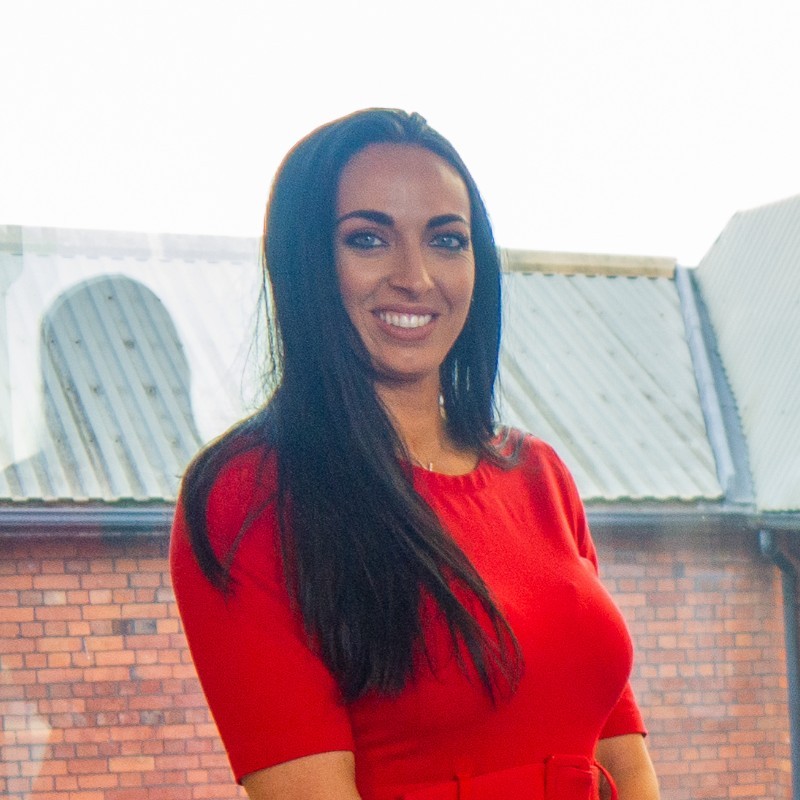 However it’s also made it harder to hang on to staff. David says, “One of the biggest threats I think we have found is that, due to working from home over the last 14 months, a lot of our staff are aware that they are now not just looking for future progression in the Bristol & Bath area.

“As businesses we also have to be aware as well that for some of us, that might mean that we can access talent that isn’t as expensive as it is in the Bristol & Bath area. But for others of us, it might mean we’re competing for engineers who ultimately could work in Silicon Valley and the wages that entails.”

Rebecca adds, “I guess for us, the most concerning thing now becomes that actually, where government has used flexible working to leverage against lower salaries. Now the rest of the world has latched on to the fact that we don’t need to be in an office. Where does that leave us?”

And the enforced nature of the changes meant issues for a huge amount of people, especially those who don’t have access to a separate home office/ work space, or who live in shared houses.

“We’ve now got 200 people in the UK, and every one of our employees is on a home based contract. So we were kind of lucky in that sense, that we always had remote working, but I think we realised when we went into lockdown last year that forced remote working is a very different thing. Rather than being a choice to work from home, there is now this idea that people are having to work from home with no other option, and not everybody has got the luxury of space at work anymore,” Brian Riddell, Director of People & Organisation at delaware United Kingdom says.

And of course, the enforced remote working has meant that people have had to find other ways of connecting with their colleagues and team mates.

Brian went on to explain one of the ways in which delaware has combatted the forced remoteness: “All of our people belong to a house structure. So it’s a collegiate model. So everybody belongs to a house, I run a service line, that service line uses people from each of these houses. So the purpose of the business line I run looks after the business and the operational side of the business. The houses look after the people. We then have challenges in there that all of the houses compete in, eg rounders on the Downs.

“Everybody contributes a pound a session or similar, we match that, and it goes to a sponsored charity.” 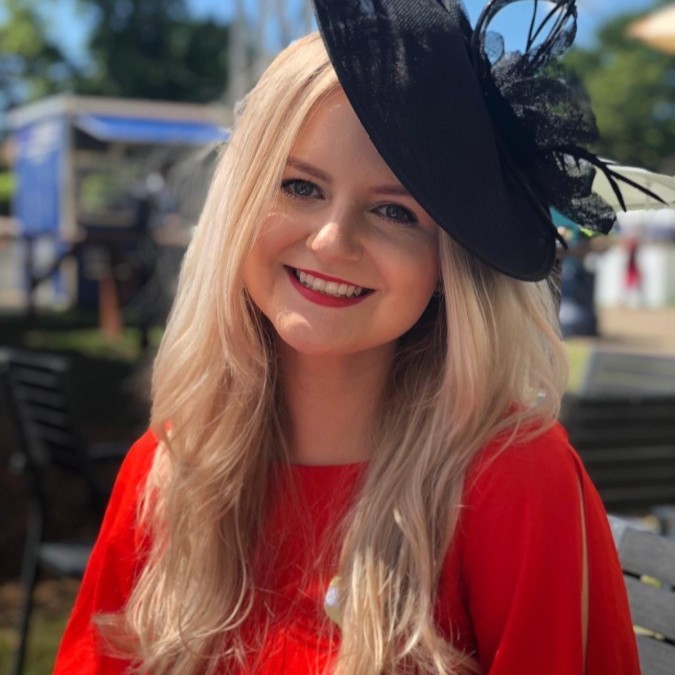 Charity and giving was highlighted a number of times as one of the key ways of building back that culture. Emily Perrett (pictured right), HR Manager, UK at NMI tells us, “As we didn’t get to have summer or Christmas parties last year we gave our party budgets to local charities. We only told our employees and we found that we had so much positive feedback. We gave to animal charities, children’s charities, women’s refuge charities and more and split the budget amongst them.

“So hopefully something would resonate with each of our employees. And the feedback was incredible, the level of engagement our employees had with just something that simple. I think people really care about giving back. And so I think bringing people together on something non-work related has a really positive cultural impact.”

Similarly, David explaine, “having something for people to galvanise around is really useful” in helping them maintain a culture of togetherness, as he talked about the Co-Forest not for profit project that Storm has set up, raising almost £250k from SMEs over the course of lockdown to plant a Co-Forest.

So, how will these companies structure their work life in the future to help them best maintain cultures and retain staff?

Simon tells us about Aspire 2Be’s plan, “We’re looking at sort of pod working whereby we’re a team of 15, which is split into two teams. The first team goes in Monday, Tuesday, we use Wednesday to clean the office and then Thursday and Friday the second team is in. This works well as when I’m in the office I want to be in conversation, I want to speak to people, and on the other days I sit down and get my work done. I don’t see us changing that for the foreseeable future.” 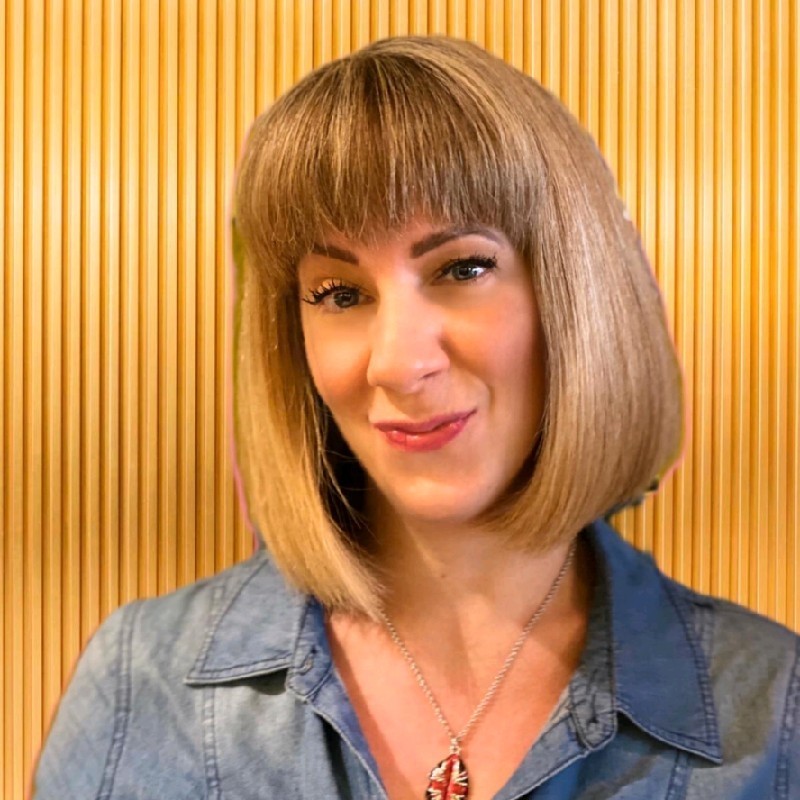 Meanwhile Rebecca (pictured left) says GDS is focussed on “how we can potentially start to build exchange talent exchange programmes into our succession planning.

“And another thing we’re looking at now is, rather than trying to cling on to people where there is no opportunity for them at that point, why don’t we share them? Why don’t we send them out to private sector or charities, and get them engaged on great projects where they learn new skills, new ways of thinking, and then potentially come back in a year.

“Because I think when someone’s ready to go, they’re ready to go, there is no point holding on to them, you’re better off giving them a warm goodbye and saying, Hey, you know, there’s another opportunity here for you in a year or two, if you wish to come back.”

Emily says NMI’s plan is to have office surge days. She explains, “We’re toying with at the moment having Monday as an office day for everyone. So we would do a cultural event. On that day, we’d all get breakfast or lunch together so that we have everyone all together.

“And then on a Friday we do an all hands meeting, we call it a fireside chat. And that happens every Friday and has happened every Friday since we first went into lockdown in March last year. So we’re bookending the week. And then we have a matrix for other surge days. So for example development and product have aligned their surge days where they’re going to be in the office for their days of meetings, collaboration and workshops. So that’s kind of what our first plan is. And then we’ll iterate and iterate and iterate and see how we get along.”

What’s clear is, while each organisation adapts to the post covid world, it is still a period of massive uncertainty, and we will all be iterating for some time to come. 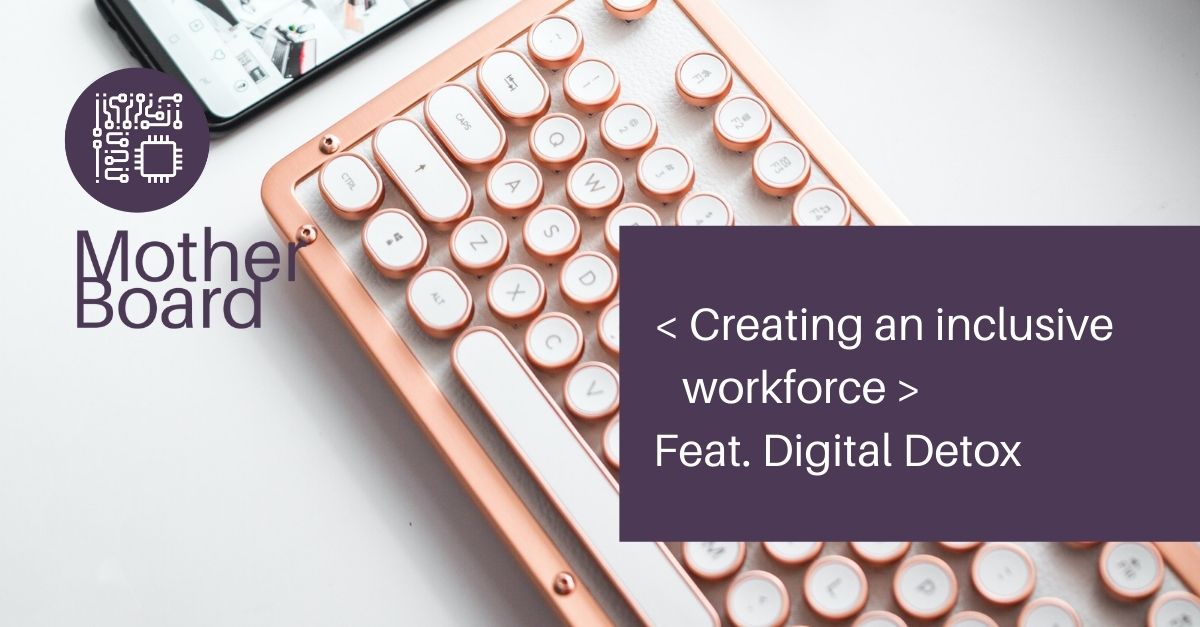 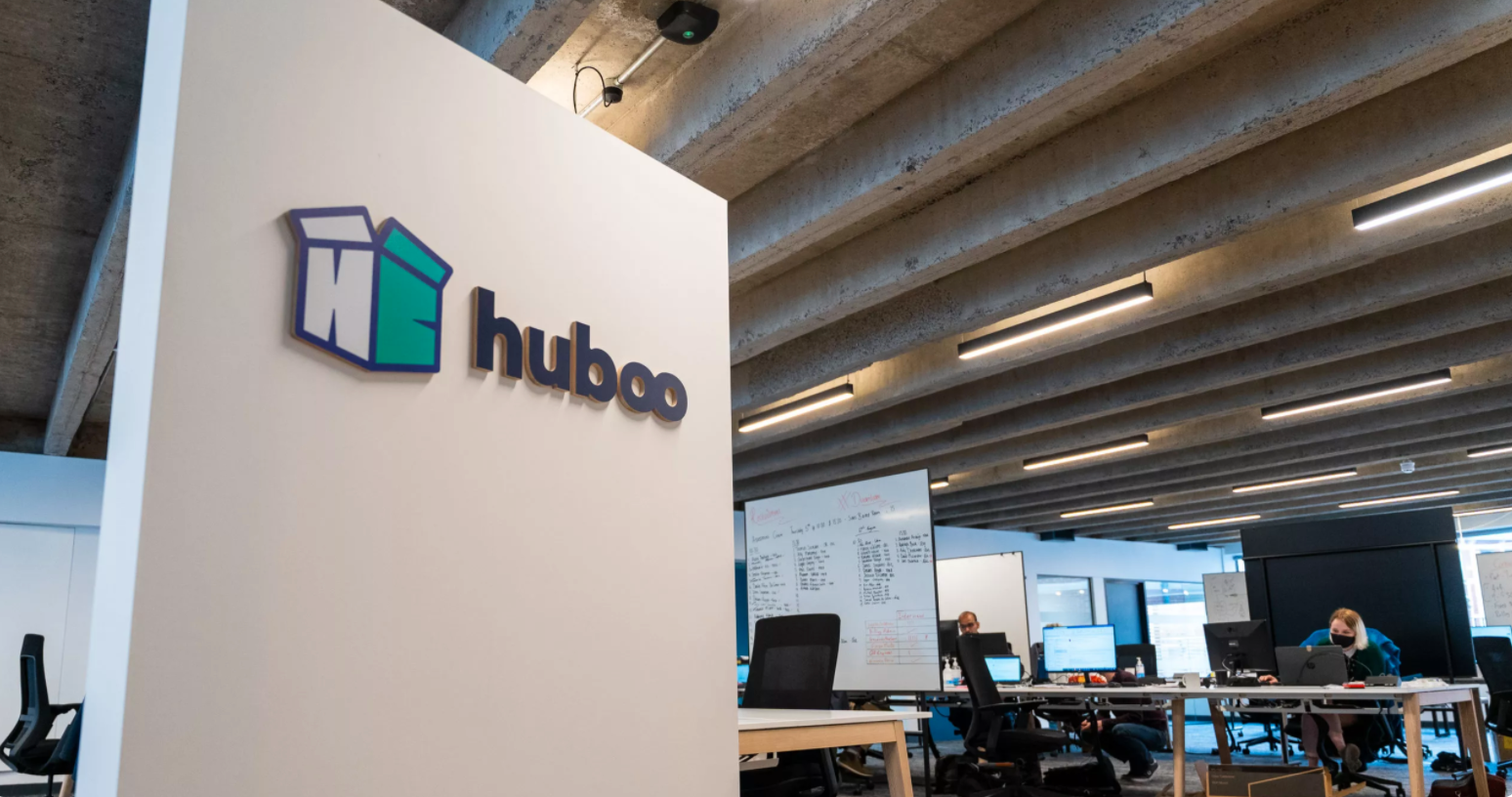 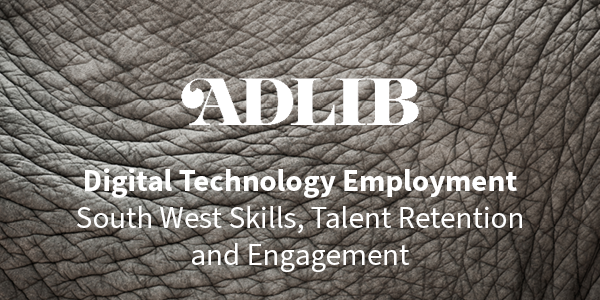