Top 12 Scale Up businesses in the South West

To celebrate Scale Up month, we've come up with a list of who we believe are the Top 12 Scale Ups here in the South West. It wasn't an easy task to select just 12 from the vast array of awesome businesses!

From a combination of utilising The Scale Up Institute's guidelines to define a Scale Up, desk research from Beauhurst to collect data and our own knowledge of whose doing exciting stuff the sector, we were able to narrow it down to who we think are the Top 12  Scale Up businesses in the South West.

So, in no particular order, here are our Scale Ups: Brightpearl defines itself as the perfect platform for retailers and wholesalers to increase the efficiency of their retail operations. Brightpearl’s complete back office solution includes financial management, inventory and sales order management, purchasing and supplier management, CRM, fulfillment, warehousing and logistics.

Thanks to their partnerships with organisations with Shopify, Alibaba, Amazon and Ebay, Brightpearl has managed to increase the number of new clients by 75% during the last quarter of 2020.

They recently teamed up with Sage, a UK-based cloud solutions provider, for increased support on their scale up journey. The total amount raised from the collaboration surpassed £25 million pounds, led by Sage and Verdane, with stakes of approximately £17m and £8m respectively. Since launching in 2009, OVO has made using 100% renewable electricity a standard, as well as planting over a million carbon-fighting trees. OVO’s endeavours go beyond the supply of electricity, also conducting research that shows the impact of unnecessary emails on the environment.

OVO recently signed a deal with Kia to expand their electric fleet by acquiring 40 of the newly released Kia e-Niro EVs, the new all-electric model. OVO is determined to lead the example and achieve its goal of becoming a net-zero carbon business by 2030. Founded: 2013
Based in: Bristol, Cardiff, Los Angeles
Employees on Linkedin: 169

Plimsoll Productions produces TV shows and documentaries for audiences all over the world. Clients of Plimsoll include Netflix, Apple, Disney, National Geographic, CNN, Fox, BBC, ITV, Channel 4 and Channel 5. Its excellence and creativity has earned them BAFTA, Emmy, RTS and other awards.

Since its founding, Plimsoll has consistently grown over the years until becoming one the largest independent TV production companies in the world. Plimsoll reported a turnover of £37.3m in 2019, a 91% increase compared to 2018. In recent years, Plimsoll has been one of the most successful businesses in the South West of England, be sure to keep an eye on our news feed to be the first one to know about Plimsoll’s future accomplishments!

Graphcore is a semiconductor company that develops accelerators for AI and machine learning. Graphcore developed a new processor, IPU, that is specifically designed for AI compute and it will soon become the standard for machine intelligence compute.

Earlier this year, Graphcore was valued at $2.8bn after securing $222m during a Series E funding to round led by Ontario Teachers’ Pensions Plan Board. New investors also joined the series, including two of the largest asset management firms, Fidelity International and Schroders. Graphcore closed 2019 with a turnover of £7.60m which reflects an increase of over 700% compared to 2018. Immersive Labs provides online training services for businesses with the aim of empowering their clients to increase, measure and demonstrate human capabilities in every part of their cybersecurity. The service is delivered by a series of simulated scenarios where organisations can test their preparedness to face emerging cyber threats.

A recent partnership with The Schneider Electric Cyber Academy aims at addressing the long-standing problem of insufficient security training for staff. Featured in our 10 Tech Companies set to Make Waves in 2021, there is no doubt that Immersive Labs will continue to raise awareness of the importance of cybersecurity and will continue to lead the sector. Founded: 2015
Based: Bristol
Employees on Linkedin: 66

Rovco provides underwater surveying and inspection services for a range of industries such as oil & gas, scientific research and renewables. Rovco aims at disrupting the sector with the introduction of innovative AI technology that will soon replace video surveys. Their goal is to change the industry by providing an individual, client-centric ROV and hydrographic service, coupled with cutting edge research.

In January, Rovco signed a subsea contract for Beatrice offshore wind farm. It is of general belief that offshore wind, wave and tidal generation have a key role in delivering the aim to generate 50% of Scotland’s overall energy consumption from renewable sources by 2030 with net-zero emissions by 2045. This offers the perfect environment for Rovco’s autonomous future. Founded: 1999
Based: Bristol
Employees on Linkedin: 6

Owtanet offers its clients a software that collates multiple business systems into one open source system that connects all different areas within a business, such as warehousing, distribution and retail branches. Owtanet's goal is to help multi-channel businesses increase their efficiency by providing the complete package of technical development and hosting solutions.

Owtanet has consistently increased its turnover for the past few years, closing 2018 with a turnover of £33.5m, more than double the amount reported in 2016. SRT Marine Systems is a global leader in maritime domain awareness technologies, products and systems. SRT developed an innovative software that connects with sensors to create real-time 3D cartographic visualisations for use within the marine industry.

Earlier this month, a report published by leading researchers shows that the fishing vessels lead global vessel monitoring system software market growth at 12.8% CAGR during 2020-2027. SRT Marine Systems was listed as one of the leading players operating in the vessel monitoring system software market and a key player in the development of the sector. Following its recent partnership with Qualcomm, Ultraleap offered a preview of their new software Gemini (V5) that is said to offer better smoothness, pose fidelity, and robustness.

Ultraleap is set to integrate Gemini into a number of XR headsets, including Varjo VR-3 and XR-3 headsets, and the Qualcomm Snapdragon XR2 5G reference design, which makes use of Ultraleap’s hardware.

Huboo provides cost-effective multi-channel fulfilment services to e-commerce businesses. Huboo aims to solve the fulfillment pain point that most online stores face. Its service allow businesses to store their products for a few months and automatically pick and pack the product as their customers place their orders.

The company has continued to grow during the pandemic. Martin Bysh, co-founder of Huboo, says, “We've been quite lucky in that we are in a sector that has flourished during this period.”

With a surge of demand and investment, Hubboo has raised just short of £20m in 2020, enabling them to scale up,  double its warehouse space in Bristol and created over 100 new job roles.

Huboo is also doing its bit for sustainability, as their recent partnership with MoreTrees reveals. Founded: 2009
Based: Bristol
Employees on Linkedin: 49

MoneyHub is one of the leading fintech scale ups in the South West. Moneyhub Enterprise develops software that allows businesses to aggregate and analyse customers financial data and facilitates rapid on-site payments via an API.

Moneyhub’s goal to enhance the lifetime financial wellness of people has helped them build a variety of partnerships, including its recent partnership with The Big Exchange, the new online social, environmental and impact investment platform. 2020 was a year of collaborating and growth for the business as they nearly doubled their workforce and embarked on projects with the likes of Open Banking Excellence (OBE) and Streeva.

Aardman is an animation studio which produces a range of content for use in feature films, digital entertainment and advertising. Aardman is a multi-award winning studio that is well-known for their stop motion animation and it’s considered a world leader in the industry.

A few weeks ago it was announced that they has been chosen by the iconic Atari to bring the eccentric cast of the internationally loved children’s television series Shaun the Sheep to Atari’s popular theme park management series in RollerCoaster Tycoon® Touch™ for mobile devices.

Pedro Ferrandez Anton
Pedro is a first-year Accounting and Finance student at the University of Bristol interning at our IAP division. Aspires to have his future company featured on our website. 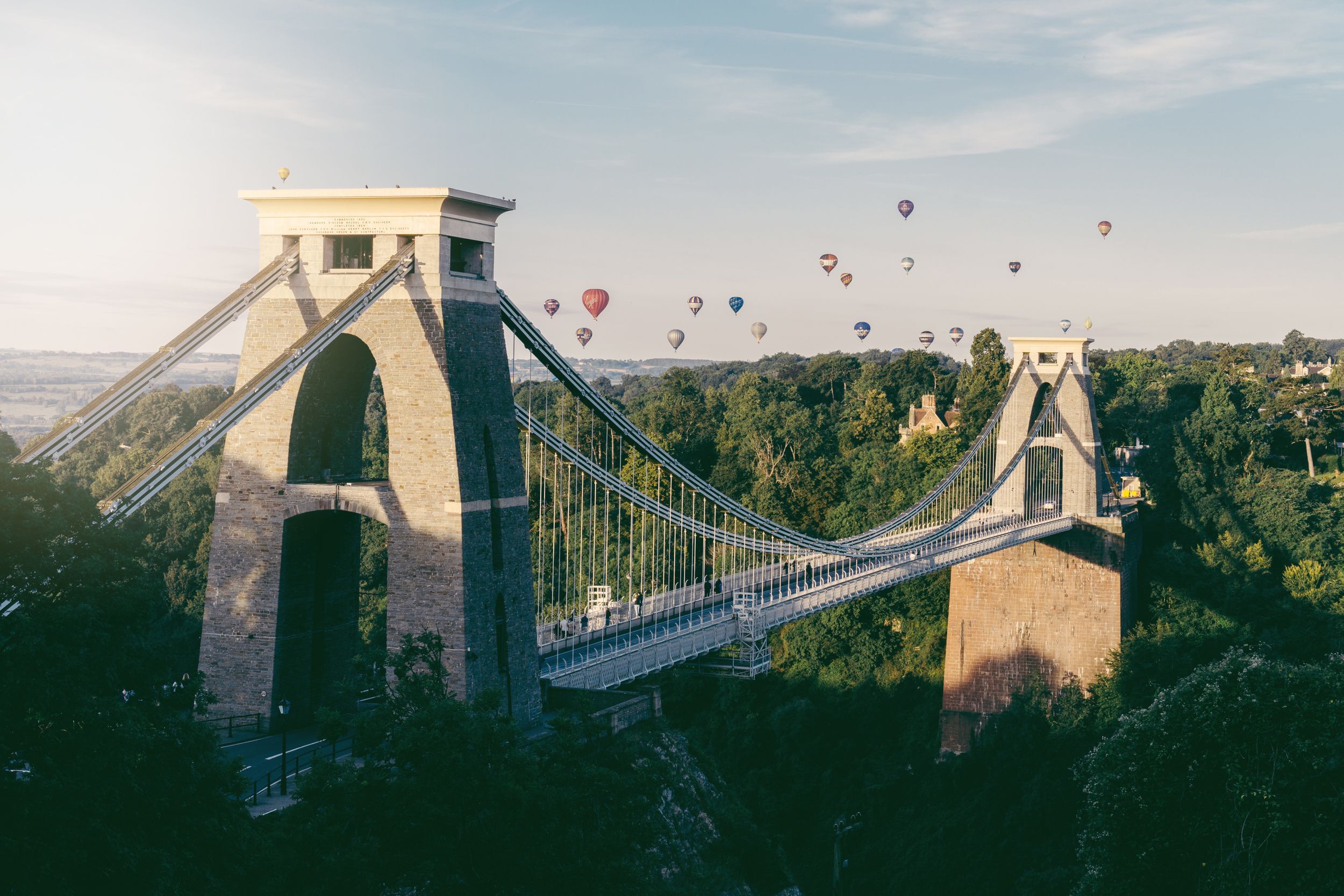 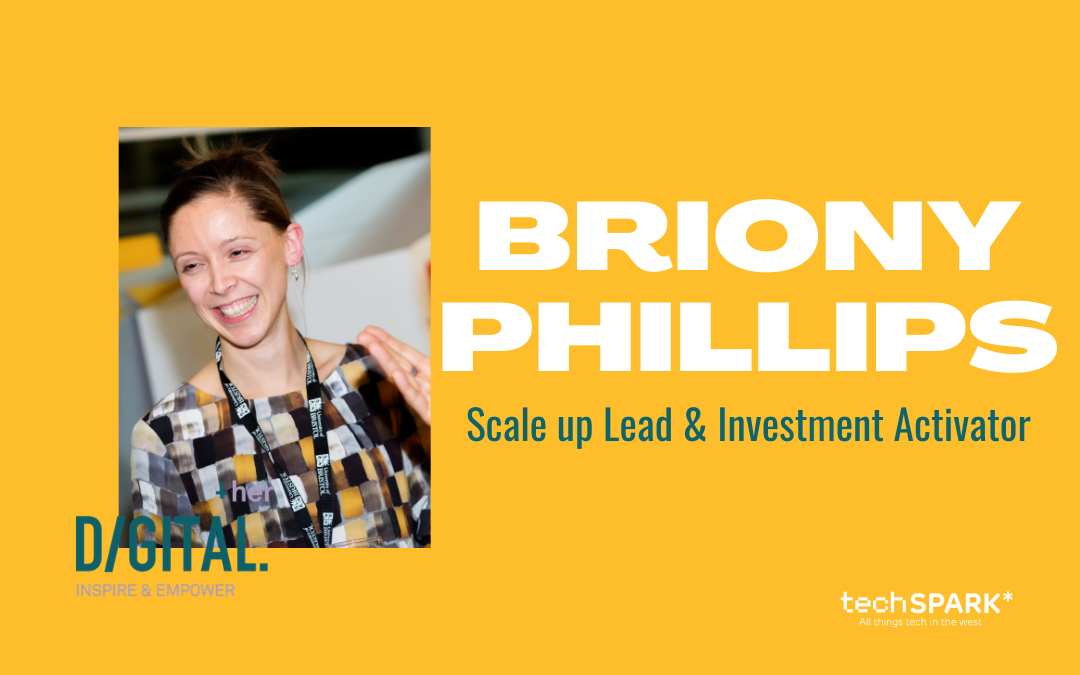 Digital Her with Briony Phillips 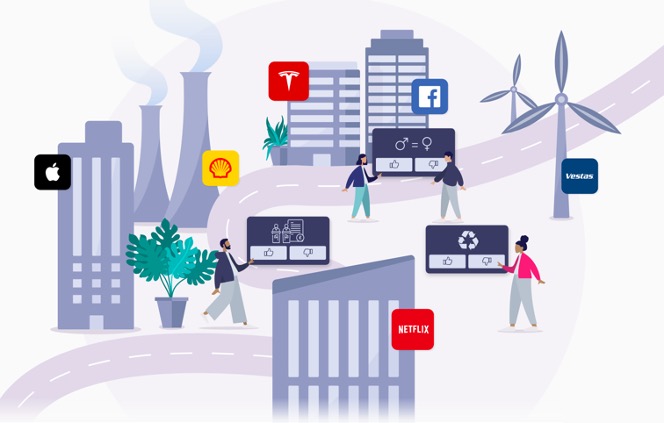