Workplaces for the Future: Rocketmakers

We’ve partnered with our friends at Interaction to put together a short series on what the future of workspaces might look like for leading businesses, by asking those businesses themselves. First up we’re speaking to Richard Godfrey, founder and CEO at Bath-based Rocketmakers. Looking slightly further ahead than post-lockdown, how do you envision your workplace […]

We’ve partnered with our friends at Interaction to put together a short series on what the future of workspaces might look like for leading businesses, by asking those businesses themselves.

First up we’re speaking to Richard Godfrey, founder and CEO at Bath-based Rocketmakers.

Looking slightly further ahead than post-lockdown, how do you envision your workplace being used when the coronavirus has receded somewhat? Do you think your workplace will be used differently?

That’s a good question, because it’s so easy to get short-term on this subject. The whole pandemic was a real eye-opener. We have always been very culture-focused, everybody in the same place, and thinking that was of huge value – and it actually was. But can you work outside of that? Yes!  And can you be productive? Certainly! We did ask ourselves why we really needed an office, and I think it’s really exposed why you do: it’s the times of coming together and seeing each other physically that are really important. And I’m really missing that at the moment!

We’re moving into more of a hybrid model of bringing people together for certain things and letting them work really remotely for the rest of the time, something that will definitely continue.

Have you found any key challenges with adopting a hybrid working model?

We’ve found a few, so we’ve asked what has to change in order to enable us to work?

For instance, when some people are in the office and some are remote, you all need headphones – but as soon as you put headphones on and you’re on the same call as somebody else who is sitting close to you, you’re hearing your reactions and your own voice slightly delayed – which will drive you crazy after 5 minutes!

And then you buy sound-isolating headphones and directional microphones, and you probably spend a fortune on the equipment, but it has to be done. We’ve also realised that if everyone is distributed, you have to write much more down, so different processes come out of the back of that.

Where you would just go and have a chat and decide something, you now need to schedule it specifically and also make sure all the people who can’t be there are aware of it. Even you’re fully hybrid, you have to behave as though everything is remote. And that’s a massive mental change for everyone.

How are you taking into consideration issues around mental health and wellness?

If you’re not in the office, maybe you’ll worry about being overlooked for that promotion or recognition because you’re not there?

If you’re really going for a hybrid model, then you need to make sure that home spaces are better than sitting on the end of a bed, so there’s a conversation to be had about the quality of home workspaces. If part of a company is moving out of offices into bedrooms, then how does that work for them in the long term? And how do you provide a great employer experience that works across every location?

We’ve done a review of all of the equipment our team need, recognizing that people are working at home for long periods and that we have a duty of care wherever they are.

One thing that as a business we find really interesting is how people are keeping their company culture and momentum, because when you’re not seeing people face to face, and most video meeting shave to stick to a tight agenda, it’s hard to establish that depth of relationship between people.

That’s really, really important. We went “full on” with it at the start because we realized that our culture was a critical differentiator for us.

We had a daily stand-up but with a bit of a difference; everybody would take turns to run it and there would be some kind of game, so everyone gets actively involved.

That really got us going for that first month or so, and then it seemed to be too much — people began feeling as if it was a disruption to the day, so we moved it to Monday and Friday with a longer team meeting on a Wednesday (and we still do Thursday social drinks monthly and other remote group activities).

We’ve hired eight people since lockdown started, so it’s really important to us. Of course, none of those people have come with that background of knowledge and relationships, so it’s also been a real challenge to on-board effectively and get everyone to get to know each other.

We got new starters on projects as fast as we could, working with a small team, to get going. It is a huge challenge because there are no shared cultural identifiers to rely on, and it could dilute your culture by having a whole bunch of people who have not been part of that originally. I would say this, but I think you need to have effective leadership which gives you space to get going, with more empathy and availability when needed.

We did a bit of a research project during lockdown, around Zoom and Google Hangouts.

That’s fine, but you miss out on some of the social interactions in and around a space, so one of R&D projects was to think about how our social activities could capture a bit of that.

Usually, in a pub you mingle, hear a conversation and you sort of wander over and join that conversation… and then you hear another conversation and so on. With that in mind, we did a research project around spatial audio, in 3D space where you move closer to something you overhear.

I think that that model of trying to be remote but still mimic some of the behavioural characteristics of face-to-face is really interesting, especially with the dramatic changes to the world of events.

We’ve also got a dual-screen conference room, having a screen that you can present on, but also a screen where remote people can be too. I haven’t got one, but there’s a camera called the Owl, which is a 360 degrees camera that picks up on who’s talking around the table and focuses on them, so we’re looking at those at the moment.

We’ve also been looking at 3D environments for software. The Bristol VR Lab (which I’ve recently chaired) have just moved the whole of the VR lab online, creating a virtual place in something called AltSpace VR. That’s been a really interesting process and we’ve also run our own social event in 3D space too.

Is there any technology you see coming a bit further down the line, that might still be some way from completion? 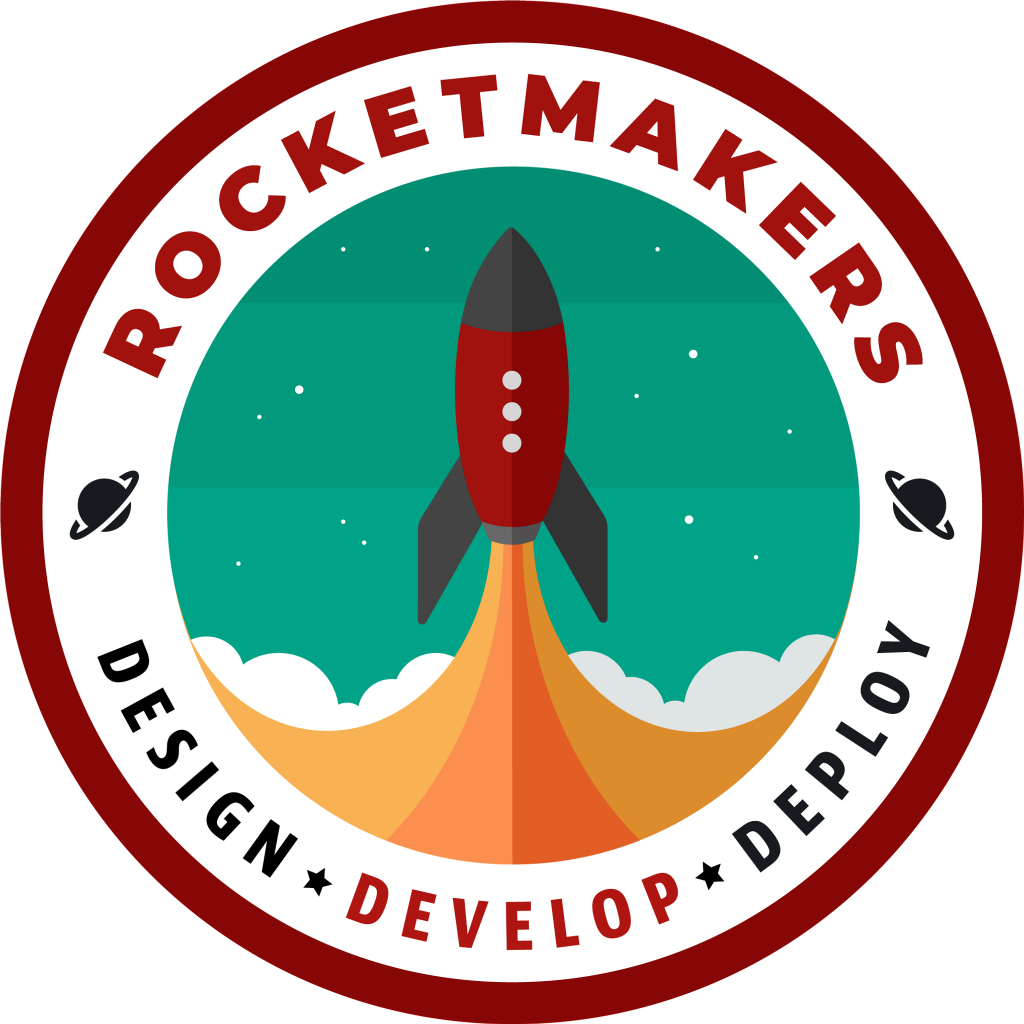 We’re really interested in Virtual and Augmented Reality of course!

And then we’re actually working with our own project which inserts dynamic content into virtual reality and a company called Condensed Reality, who specialises in capturing volumetric video, with 3D data. They do things like put sensors on boxing rings and record the whole match so that instead of watching on TV, you can watch the actual match on your table. The opportunities for these things to come together in a way that can connect people is what I’m really interested in.

I’m really interested in your perspective on how important it is to have your own branded space as a growing company?

It’s really changed my thinking on that. It used to be that we had to have our space and live in it together. Now that’s it’s changed for me, because a lot of work can be done easily at home and we don’t need a space, so it becomes more customer-facing in terms of how we use it and present ourselves. Is there a real value having our own space versus going into Regus office and hiring it for a few days? Hugely.

I think the need for having it remains at the moment, but also the need to reinvent how we use it. To an extent, it depends where you are in your life cycle as well – there are certain stages where you’re growing a brand and you need a “shopfront”. There will always need to be a third place that isn’t your home or a hotel! 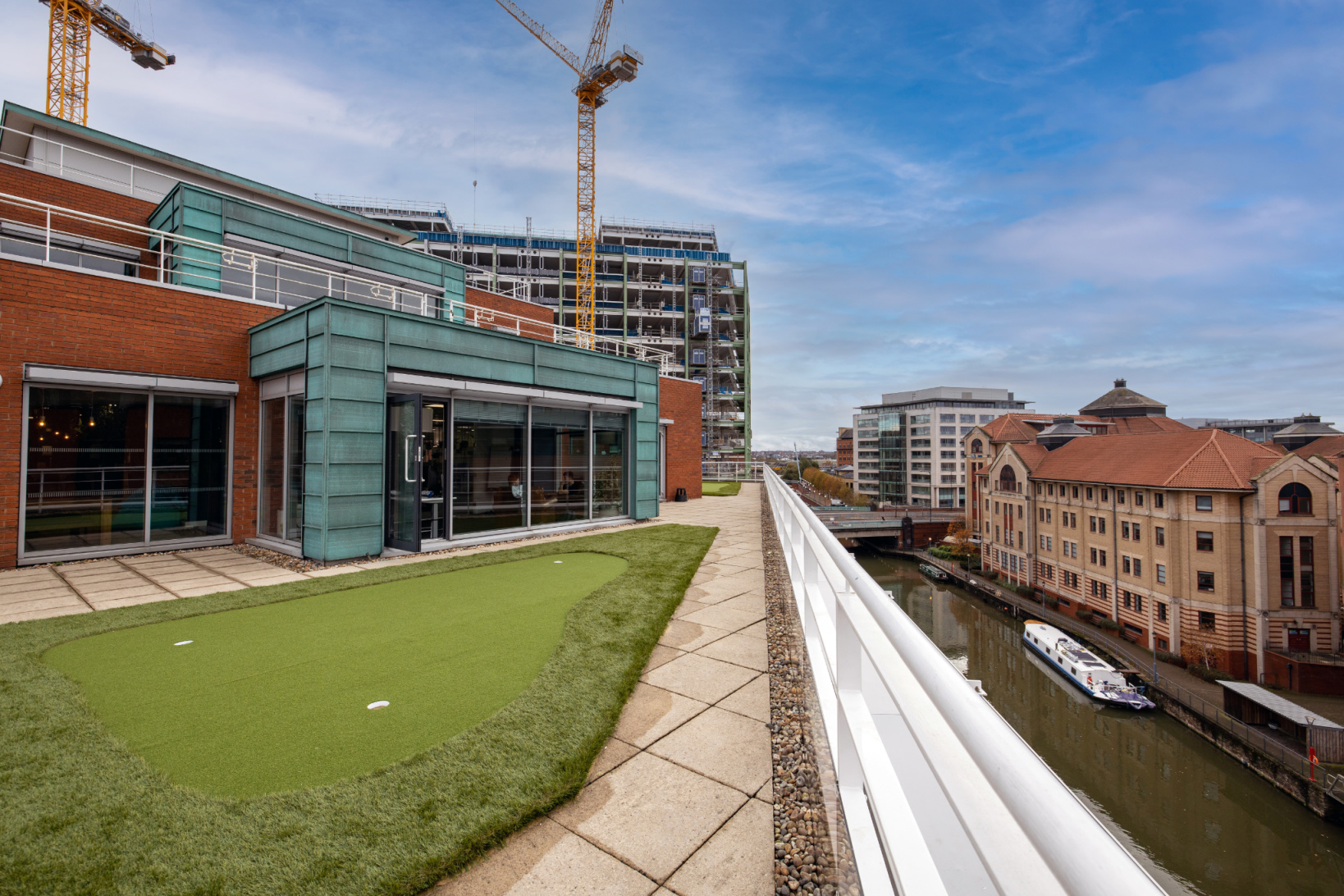 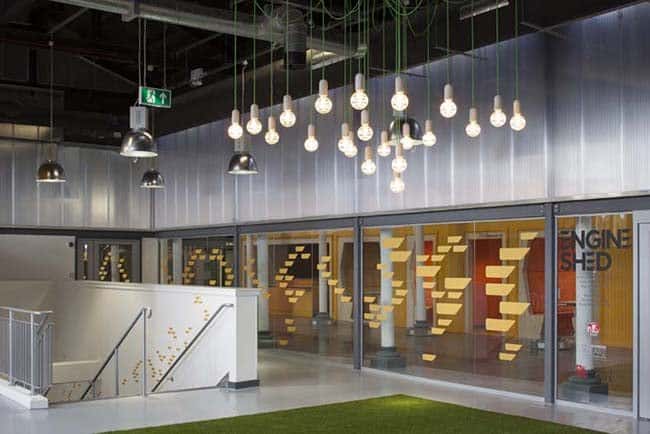