With the December general election only weeks away and a mixture of party agendas and manifestos now on the table, many voters remain undecided about who to vote for.  A new online voting tool, WhoGetsMyVoteUK, aims to tackle this issue. Developed by academics at the University of Bath’s Department of Politics, Languages & International Studies […]

With the December general election only weeks away and a mixture of party agendas and manifestos now on the table, many voters remain undecided about who to vote for.  A new online voting tool, WhoGetsMyVoteUK, aims to tackle this issue.

Developed by academics at the University of Bath’s Department of Politics, Languages & International Studies and the Institute for Policy Research along with colleagues from a consortium of  UK and European universities, the interactive online tool launches on Monday 25 November and is designed to help users identify which party best fits their own political views and values.

Website users are asked to state the extent to which they agree with a series of policy statements. A graphical display then shows which political party best aligns with their views. It also breaks down the party matches into different themes, meaning users can see which party is the best fit on issues such as ‘Brexit/Europe’, ‘Taxes/Spending’ or the ‘Environment’.

Previous versions of WhoGetsMyVoteUK were trialed during the 2017 General Election, as well as at recent European elections, and have been accessed by more than 100,000 voters. There is evidence that advice offered by the site can affect voters’ party preferences, and more generally, strong evidence that voter information tools can lead to increased voter turnout, particularly among younger voters.

Prize Fellow from the Department of Politics, Languages & International Studies, Dr Micha Germann explained: “It is more vital than ever that voters are provided with accessible means to make an informed choice. The outcome of the snap election will crucially shape Britain’s future, including Britain’s future relationship with the European Union. This is where WhoGetsMyVoteUK steps in.

“The simple-to-use interactive website will help its users identify which party best fits their political views. Users read a series of salient policy statements selected by a team of political scientists and state how much they agree with them. WhoGetsMyVoteUK then establishes the extent to which users are similar or dissimilar to the various parties contesting the election. Results are represented in a graphical display showing which political party best matches users’ views.”

Prize Fellow in the University’s Institute for Policy Research, Dr Iulia Cioroianu added: “Recent surveys show that UK voters are still confused about the policy positions of major political parties in these elections. This lack of information contributes to the general sense of political disengagement and has been cited as one of the main reasons for reduced turnout. This is an issue especially among young voters, who are much less likely to vote.

“WhoGetsMyVoteUK provides the knowledge young voters need to make informed decisions and identify the party that best represents their interests. Similar tools are very popular in several European countries and have been shown to increase political participation, especially among young and undecided voters. We expect our tool to have similar effects.”

Dr Peter Allen, of the Department of Politics, Languages & International Studies and Deputy Director of the Institute for Mathematical Innovation at the University of Bath, added: “By generating ‘big data’ on users’ views on critical election issues, current voting intentions and past voting records, WhoGetsMyVoteUK is also an important tool for researchers exploring how successfully the main parties are getting their message across to different groups of voters as the election campaigns progress.”

WhoGetsMyVoteUK can be accessed from a computer or mobile device at www.whogetsmyvoteuk.com. The site does not collect any personal identifying information and all data is anonymous. The data will be shared by researchers at the partner universities and will be saved on secured online servers managed by Oxford Brookes University. 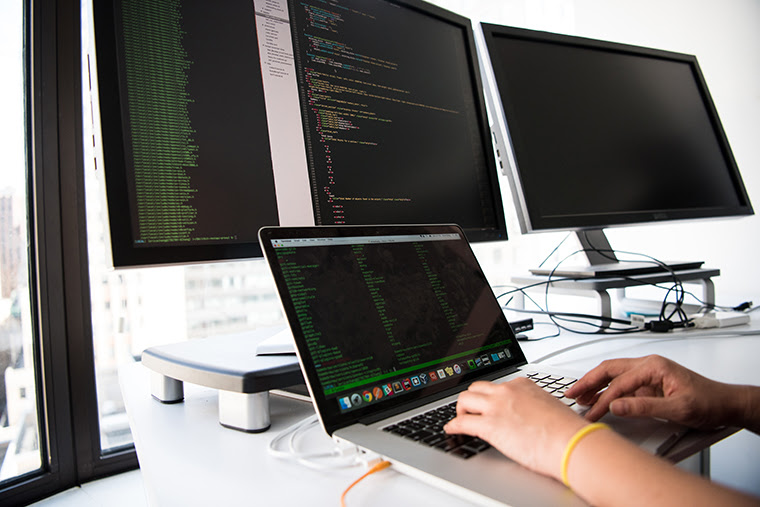 Guest Blog: Does your website need a refresh? Your ultimate checklist