We asked our 10 questions to OneSub founder Jim Morrison.

We are revolutionising the way you read the news.  We’re building a hyper-personalised news experience that helps you find content that challenges your preconceptions. We want to help you build a rich, balanced view of the world – and have confidence in that view.

Facebook and YouTube have allowed our minds to be gerrymandered at an industrial scale.  But real, good journalism still exists and OneSub’s mission is tightly bound to building a revenue model that helps newspapers become ad-free, and widely accessible again.

2. What’s the most exciting thing about what you’re doing?

We’re going into battle with two massive AI-powered platforms. That feels pretty exciting and we’re doing it by building our own AI to fight the good fight.  To be honest though, when you’re at our stage trying to build a great product, show love to a growing audience and raise huge amounts of money – all at the same time – everything feels pretty much like a roller coaster.

3. What are you most proud of so far?

I’m actually most proud of our audience – rather than anything so far that we’ve built.  We have just had so much goodwill from so many of the people who’ve come across our little proof-of-concept… whether that’s random folk from Twitter, VC’s we bumped into at CogX or serious journalists from some of the biggest papers in the country – so far the enthusiasm for the mission has been unanimous.  That makes us think we’re on to something worthwhile.

4. What have you found most difficult about being a startup?

5. What would you do differently if you started now?

Nothing so far to be honest.  I’m sure we’ve made mistakes, the product is nowhere near what I want it to be and we would like a few million pounds in the bank in year one… but I don’t think we’ve made any clangers yet and I firmly believe mistakes are what show you how to succeed so I don’t think there’s anything particular I would do differently.. yet! 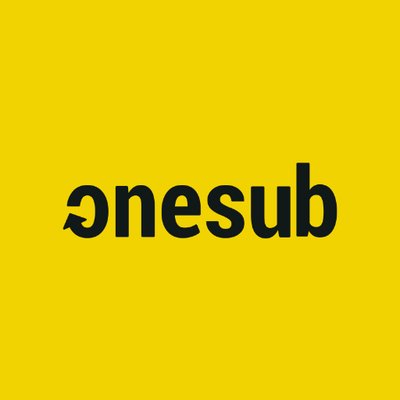 It’s just over 12 months to the US 2020 election – so although we’re playing with UK papers at the moment we’re planning to go full-bonkers and push out into the US market very soon.  In 12 months, we hope to be part of the election zeitgeist.

We’re actually re-launching an old, mothballed startup called twiDAQ too, which has the same US2020 focus and the capacity to really capture the amusement of the US electorate.  My personal hope is that the two projects play off each other nicely and help each other to grow amongst the politically & socially engaged yet disaffected demographic.

7. What tools/people/services/organisations from the cluster have helped you most?

TechSPARK obviously! Actually, in all seriousness, first and foremost it’s the social and community-building projects like TechSPARK that give the cluster life.  Nothing else survives and the cluster is not a cluster without all of the nerdy meetups, the awards drunkenness and the coworking spaces that glue us all together.

For us as a team, I would also give a big shout-out to PHPSW which is home to our language community and for me personally, becoming a fellow of the Bath + Bristol Creative R&D project has really opened my eyes to the astonishing richness of the cluster’s creative talent.

There are too many others to mention; EngineShed, The Guild, CreativeBath, the 4x Universities, TEDxBristol, TEDxBath, even BaNES’ economic development team – all of these organisations and so many more keep the energy of the cluster alive and cultivate the interpersonal connections that are vital to its core strength and long-term health.

8. What’s the best thing about the Bristol & Bath tech cluster?

Bath Digital Festival – of course.  You thought I’d forgotten!  I know I’m totally biased but for a Bath-based tech business, the digital festival is the highlight of the calendar.  It’s such a great opportunity to stretch your mind, meet new people from different disciplines and with different skills and experiences and that melting pot is where the best new ideas spring forth.  When is it? Oh, it’s 22-26 October and tickets are on sale now from bathdigital.com for just £15.

9. Who will you be nominating for a SPARKie next year?

That’s a great question.  My natural inclination is always to gravitate to the newbies, the disruptors, the young companies doing something different and doing something for good.  It may be too early to nominate any of the folks that I have in mind but one new company that is worth some attention is Brevio. They’re a new, Bath-based start-up in the grant-making sector. Our agency, Deep Blue Sky, has been disrupting the government grant sector for a few years now and Brevio is bringing tech to private and third sector grant-making with the same passion and sense of purpose.  I’m excited to see where they take it.

10. Where can we find out more about you?

You can also get involved in our first public investment round from as little as £20 at onesub.io/techspark