Putting the people first: what makes Simpleweb a great place to work

Having a workforce that wants to come to work every day of the week is an impressive achievement. It’s something most organisations hope to accomplish, so we reached out to the shortlisted companies of the Best Place to Work in Tech Award at this year’s SPARKies to find out what makes their workplace special. Simpleweb […] 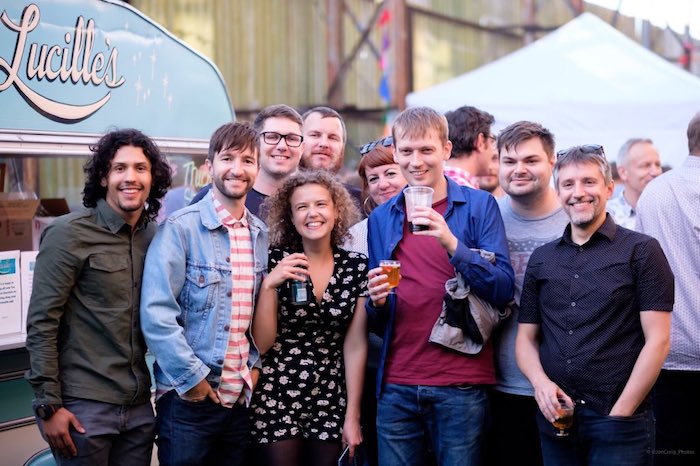 Having a workforce that wants to come to work every day of the week is an impressive achievement. It’s something most organisations hope to accomplish, so we reached out to the shortlisted companies of the Best Place to Work in Tech Award at this year’s SPARKies to find out what makes their workplace special.

Simpleweb is a tech agency that builds digital products such as apps and software. Alice Whale, Content Manager at Simpleweb tells us: “We also invest in startups, supporting them from idea validation and MVP right the way through to the full build, plus the various stages of investment, finding their own developers and becoming fully independent and successful businesses.”

Simpleweb is currently in the process of moving into their brand-new office. They have high ambitions to optimise the space and embrace the expansion.

Alice explains, “It’s a grand old bank in Bedminster with high ceilings and domed windows (with a proper old-fashioned vault too) and we have so many amazing plans to build and develop it into a space that fuels happy and productive minds.”

But the big move isn’t the only thing going on at Simpleweb: “As well as a shiny new office, we have a bunch of great perks – such as a yearly personal development budget to spend on courses, books and conferences, team trips out (both in Bristol and abroad!), investment profit share shares, opportunity for sabbatical, office drinks on a Friday and lots more.”

It’s not all about the perks for Simpleweb either – Alice tells us about how much working with great clients impacts the team’s perspective on coming to work.

She says, “Our team often comment on how much they love working with our tech-for-good investees such as Giki, OLIO and GreenGame.”

Everything has been considered when it comes to Simpleweb’s way of working. Alice says, “It’s really important for culture and benefits to go hand in hand. Good culture is often the hardest thing to get right but benefits play an important role in strengthening and backing it up.

“It’s one thing for an employer to have a policy that says, ‘we’ll feed you gourmet pizza when you work late every night’ and then claim you value a culture of ‘work-life balance’ – because those two things quite obviously contradict one another.”

When you get it right, benefits and culture complement each other extremely well: “Employees often want the certainty of having a solid policy in place that, for example, allows them flexibility if they need to pick the kids up from school, and a culture that promotes equality despite differences so that saying what you think in a meeting is easy for everyone.”

One of the most crucial things to remember when discussing the workplace is to keep on discussing it. The best workplace culture is not going to have been decided in one meeting and instantly implemented to its fullest from then on.

Simpleweb recognises the significance of this, as Alice points out, “Last month when we caught up with the team to ask them about culture and happiness, they told us they were proud of working for a friendly and supportive company that values teamwork and projects that creates a sense of meaning and purpose.

“We don’t stop trying to improve though and see our culture and the impact that this has as a continuous work-in-progress. We listen to where our team think we could do better and are always working to implement changes to make our team as happy as possible.”

So what are three things you can do to encourage the optimum workplace environment according to Simpleweb?

Alice tells us, “1) Regularly consult with your team about what they love and what they don’t love about their job and their working environment and culture. Listen and make changes if needed.

“2) Get your team involved as much as possible in creating a positive culture – whether that’s getting them trained up in mental health first aid, letting them take over the meeting room for lunchtime TED Talk showings or collaborating over organising a team hack.

“3) Be a leader, not a boss. Support and trust your team and colleagues, nurture their skills and set the foundation for a supportive working environment.”

If there’s one thing that should be the top of the priority list for any company it’s the mental wellness of its employees.

Alice explains, “If we assume most companies are taking care of mental wellbeing and work/life balance, we would say a policy that enforces regular coaching sessions to help each team member achieve what they want to achieve and go in the direction they want to go would be great.”

Countless individuals have pointed out that taking steps to ensure your employees are getting the support for mental health that they require brings hugely positive results all round.

This is something Simpleweb whole heartedly back: “So many people go to work day in and day out and feel directionless and without purpose,” says Alice, “That in itself contributes to poor mental health and can lead to people changing jobs every few years.

“If there were better structure and coaches on hand to help employees work out their own individual way to feel fulfilled and move forward, the world would be a much happier and productive place!”

Thanks to Alice for taking the time to talk to us about working at Simpleweb. 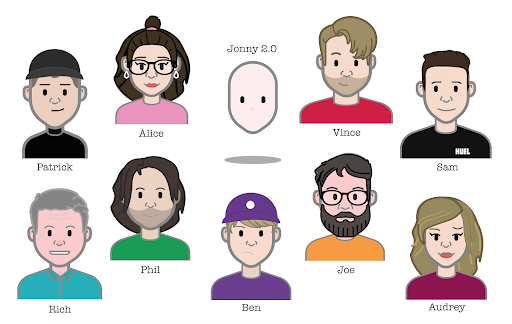