Qontrol Systems is one of the emerging quantum technology businesses thriving in Bristol. “Bristol has emerged as one of the foremost places on earth for looking at quantum technology and there’s a growing momentum here for doing things that come out of the lab and help people in the real world such as applications from […] 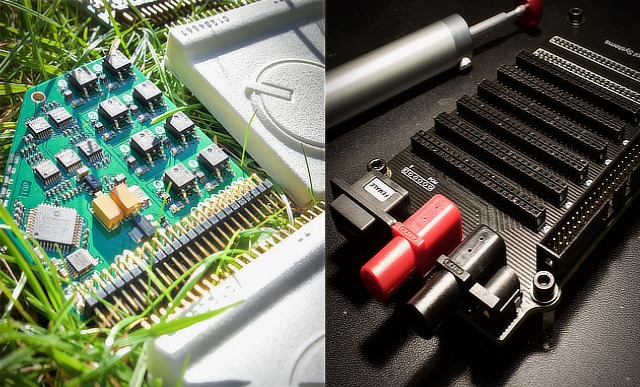 Qontrol Systems is one of the emerging quantum technology businesses thriving in Bristol.

“Bristol has emerged as one of the foremost places on earth for looking at quantum technology and there’s a growing momentum here for doing things that come out of the lab and help people in the real world such as applications from sensors based on the limits of quantum mechanics,” said Josh Silverstone, chief technology officer.

“We have a robust academic basis here in Bristol and we are getting a number of spin-out companies from that activity, along with two leading theorists and the UnitDX incubator – that’s an interesting beginning for a lot of science companies,” he said. Then there is the £47m QTIC quantum technology innovation centre being planned for the city that will further drive more quantum technology companies.

“For us, being close to where the magic is happening is extremely beneficial – our main advantage is the insight into what people actually need and what they actually do with it,” said Silverstone.

These are both research and commercial projects, with companies such as KETS, QLM and Fluoretiq all using quantum sensor technologies. Leading quantum technology company IDquantique also chose Bristol and UnitDx earlier this year for its first office outside its native Switzerland.

“In terms of maturity we are seeing quantum communications systems being deployed, there is a fairly significant activity because in the scheme of feasibility communications is an early opportunity and uses some of the photonic sensor technologies. Then there’s the whole huge avenue of information processing with modelling and simulation.”

“One of the niches that have appeared in quantum optics, in addition to the difficult quantum properties, is that there’s a huge infrastructure problem – all of these devices require control, in unusual environments and that’s what we are looking at,” he said.

He points to the huge complexity that the developers are facing with hundreds of different factors to optimise at a range of temperatures. “We have a state of the art fridge that operates down to 1K with 300mW cooling capacity, which is a significant capacity,” he said.

The largest systems are in hundreds of degrees of freedom down to one, he says, with half the customers in classical optics and half in quantum photonics.

“If you have 200 electrical degrees of freedom to control in parallel on a quantum photic chip how do you do that? This is something we are addressing. We have a platform we have built that includes infrastructure for handling chips and electrically and optically connecting to them that provides the DC analogue electronics on a very large scale and is modular as people have different requirements.”

Qontrol is a startup that is already generating revenue with customers around the world.

The company has designed a modular system of high performance, low noise electronics to control the equipment. These modules provide 20 bits of output, significantly higher than the 12 or 14bits that are generally available, and are plugged into a backplane to deliver data from hundreds of channels, with 12 modules supporting 100 channels.

“What we went with was each connected channel can do everything – at the moment our top-tier driver has 5 functions on each pin – DC voltage control, 16bit, current control, voltage readout 14bits current and shunt to ground. In this way you can control any DC device – you could imagine a system that detects how the device is connected and how you might like to control it,” he said.

“We’ve been delivering state of the art systems to military, the Chinese have a huge activity which is growing, and China is probably our biggest customer alongside the US,” he said.

The next step is to add the quantum photonic chips to the control electronics to produce complete modules.

“If you want to detect photons we are starting to find that superconducting devices are better in every way so the cold environments are at least an order of magnitude warmer, one to ten kelvins, that’s a help, but cryosystems are not things that most people care about,” says Silverstone.

“We try to satisfy 95% of requirements with standard products and right now we are thinking about how to scale up,” he said. “We have aspirations to encapsulate the quantum devices.”