Bath-based award-winning digital agency Complete Control has released a brand new game based on the hit TV animation produced by Spin Master Entertainment and broadcast on leading kid’s TV channel Nick Jr., which features the adventures of six rescue pups. The immersive 3D game, PAWsome Missions, was produced by the agency for the TV channel […] 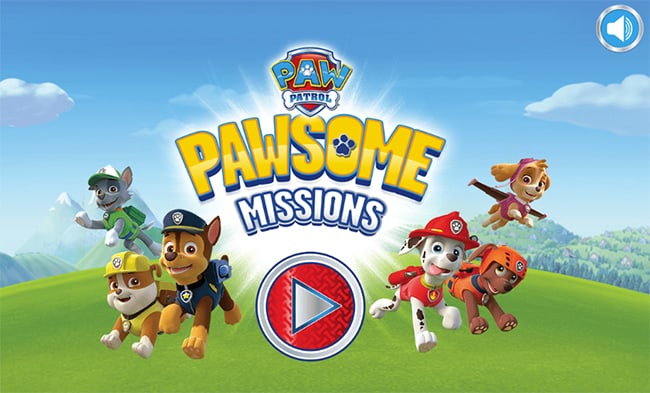 The immersive 3D game, PAWsome Missions, was produced by the agency for the TV channel and uses locations from the show such as Adventure Bay, Barkingburg Castle! and the Pup Pad in specific quests focused on teaching kids problem-solving skills.

“The game means a lot to the PAW Patrol fans out there, so there was a big push to make something totally PAWsome” 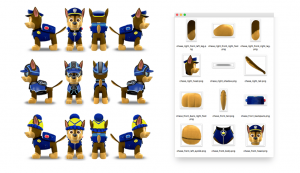 Glynn Hayward, Complete Control’s Creative Director, explains: “The game was built in HTML5 and is integrated into Nick Jr.’s website, available across desktop, mobile and tablet. Spine animations were built for each of the pups (pictured right), their different costumes, vehicles, and character animations throughout the game.

“Behind the scenes we recreated the worlds tile-by-tile in a pseudo-3D style and compiled the design assets along with gameplay elements and walkable areas into a Tiled Map Editor. Using a Mission Script Editor, we were able to create various missions in the game using functions, locations, characters and objects within the editor.”

The game was officially released just before Christmas with a bonus bundle featuring a snow-covered Adventure Bay, winter-themed adventures and new characters for kids to explore on their festive break.

Glynn says: “The game means a lot to the PAW Patrol fans out there, so there was a big push to make something totally PAWsome that was inspired by the show and lets the kids explore the PAW Patrol world. Also the fact that the game is so ready to be extended with extra content and functionality is, I think, the reason it’s prompted such a high-profile release. 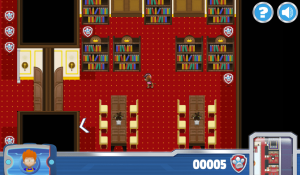 He adds: “We have a lot to offer with a unique design perspective and philosophy down here in the South West. It is great that big clients are prepared to look beyond London, and we are recognised as one of the best in the business.”

If you’re keen to know the best bit of the game (for your kids… of course), Glynn tells us: “I really loved the Mission PAW: Barkingburg Castle (pictured left), it was fun to lay out all the rooms and dungeons and then later explore them in the game. But there’s something very satisfying about cruising around Adventure Bay in your chosen pup’s vehicle, hoovering up paw points and generally taking in the scenery. I think it’s a great game if you’re looking for a world to explore!”

To play PAWsome Missions, head to the NickJr. website. You can also find out more about PAW Patrol and Complete Control’s other creative projects by checking out the Complete Control website or by following them on Twitter here: @contweetcontrol.