2017 was a stunning year for companies in the Bristol and Bath region with seven high-tech companies highlighted at the start of the year as the most exciting to watch. Of the seven, Graphcore raised over $100m and was identified as the best AI chip company in the world, while Ultrahaptics has seen its mid-air touch […] 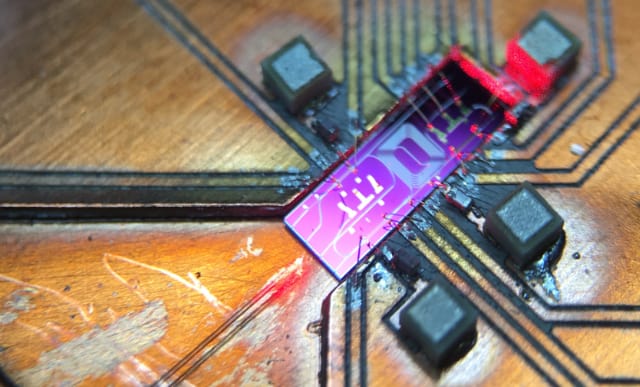 2017 was a stunning year for companies in the Bristol and Bath region with seven high-tech companies highlighted at the start of the year as the most exciting to watch.

Of the seven, Graphcore raised over $100m and was identified as the best AI chip company in the world, while Ultrahaptics has seen its mid-air touch technology adopted in a wide range of areas. Blu Wireless Technology is driving the next generation of 5G wireless and XMOS is expanding with acquisitions and customers in the fast-growth smart audio assistant market.

2018 is set to be a similarly stellar year and there are eight companies to keep an eye on. 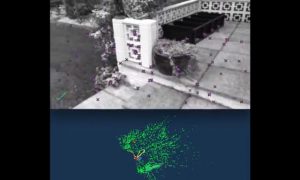 With engineering in Bristol and marketing in Tokyo, Kudan is making significant steps with its Simultaneous Localisation and Mapping (SLAM) technology (pictured right) which helps driverless cars and drones navigate more accurately.

It’s currently dealing with major car makers for both mainstream and driverless cars, major Asian mobile phone makers and large drone makers who are all driving the adoption of the designs.

Bristol is a global hub of expertise in quantum technology, so it’s no surprise that one of the companies on the list for 2018 comes from the Quantum Entrepreneur’s hub.

KETS Quantum Security is providing photonic security technology (pictured in main image above) that is small and light enough to be used on drones for uncrackable communications. It has won several awards and accelerator deals for the commercialisation of the technology. 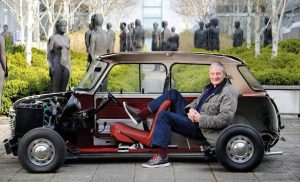 Dyson is a big name in home appliances and it’s now set to expand its expertise and success to electric cars.

Its car and battery research and development centre in Malmesbury is set to shake up the automotive world and its design centre in Bristol is leading the way for developments in the Internet of Things.

Amazon already has a presence in Bristol with its cloud team, but its importance is stepping up a gear with the release of the Amazon FreeRTOS.

The world’s most popular real-time operating technology was developed in Bristol and with the backing of Amazon it’s set to be even more significant, allowing the easy connection of sensors and controllers to cloud services in the Internet of Things.

Cambridge-based UltraSoC has just opened its second office, tapping into the tech expertise in the Bristol and Bath region.

Its team started out developing analytics hardware that is designed into chips for development. This is now a way of gaining invaluable insights into all activities across the Internet of Things. 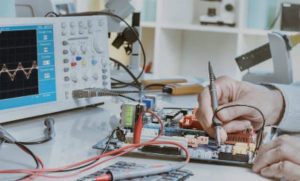 Cerberus Labs taps into the skills of highly experienced engineers from ST Microelectronics. Their expertise in encryption and chip design has led to innovative security chips for a range of IoT applications, especially to secure the communications between vehicles.

Not only is the company providing the hardware designs but it’s also offering network support for messaging between the chips.

We are also saying welcome back to Reach Robotics after time in the US at a leading accelerator. Its MekaMon battling robots were launched in November last year after the company raised $7.5m for the bot’s development. You can check them out in action in the video below:

The team is now driving manufacturing and growth and is planning for further expansion this year. A deal to sell its robots in Apple stores will also see a boost during 2018.

Silas Adekunle, CEO of Reach Robotics previously told us: “It was important for us here at Reach Robotics to remain loyal to Bristol, given the support we’ve already had from Bristol Robotics Lab and UWE Bristol.”

While not a company, the £50m Compound Semiconductor Catapult in Newport starts operations this year, developing and enhancing the latest technology in chips for wireless chargers, more efficient power systems and next-generation radio-frequency systems for 5G and 6G equipment.

Aiming to have 2000 researchers and developers just across the Severn Bridge (which will eliminate tolls later this year), the national research centre will be just 20 minutes from Bristol and a huge boost to technology development in the region.

Stay tuned to the achievements of these amazing tech companies and more by signing up to the TechSPARK newsletter or by following us on Twitter here: @TechSPARKuk.