Web giant Amazon has tapped Bristol and Bath tech for embedded software to control billions of devices in the Internet of Things (IoT). The company has utilised the region in the past for technology, buying film database IMDb, and has now launched its own version of the world’s most popular embedded operating system, FreeRTOS. You […] 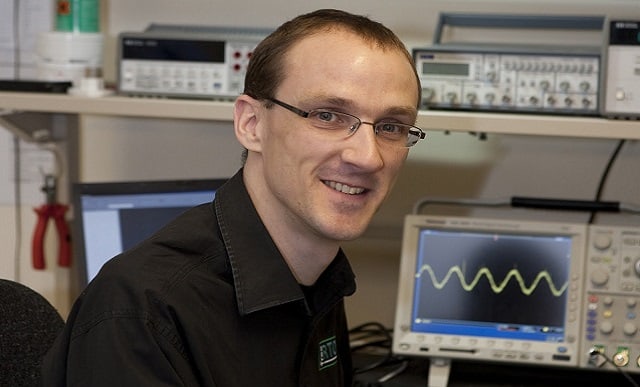 Web giant Amazon has tapped Bristol and Bath tech for embedded software to control billions of devices in the Internet of Things (IoT).

The company has utilised the region in the past for technology, buying film database IMDb, and has now launched its own version of the world’s most popular embedded operating system, FreeRTOS.

FreeRTOS was created in 2003 by Richard Barry who worked for Bristol-based Wittenstein High Integrity Systems (WHIS). The system rapidly became popular, consistently ranking as the top RTOS for designers.

Last year Richard joined Amazon as a principal engineer and, as a result, the FreeRTOS kernel version 10 is now under the MIT licence – allowing it to be used freely (instead of its previous and more restrictive GPLv2 licence). Simplified licensing has long been requested by the FreeRTOS community and the choice of the MIT licence was based on the needs of the embedded systems community.

Amazon has also developed its own version, Amazon FreeRTOS, which is based on the FreeRTOS kernel and adds support for Amazon Web Service (AWS) and IoT use cases. This includes software libraries that make it easy to securely connect devices to the cloud and on a local network. This works on boards developed by STMicroelectronics which also had a large embedded technology centre in the region for many years.

“FreeRTOS has been a runaway success, reaching one download every 260 seconds. It is difficult for a small organisation to scale to match that kind of growth and we were finding it harder and harder to keep up with demand for support and new features,” says Richard. “The AWS vision for the project allows us to continue to fulfil the obligation we have to our open source community to keep FreeRTOS both cross-platform and free for commercial use.

“AWS brings greater stability and longevity as well as a larger development and support team, accelerated development, a large portfolio and the ability to innovate very quickly on behalf of its broad customer base.

“Amazon FreeRTOS and the FreeRTOS kernel are part of a bigger initiative at AWS to speed innovation and improve business and operational efficiencies, not only in the cloud, but all the way out to IoT endpoints. In addition to continuing to develop and maintain the FreeRTOS kernel, at AWS we are extending it to offer a cloud-native IoT operating system, Amazon FreeRTOS, which helps overcome common difficulties faced by microcontroller developers, such as security, connectivity, and making it easy to manage devices through their lifecycle.”

Richard is adamant that the technology will remain open source without users having to become Amazon customers.

He tells us: “FreeRTOS remains open source, with no commitments. In fact, AWS has simplified everybody’s use of FreeRTOS by changing the licence to MIT. FreeRTOS users are not required to be AWS customers in any way.”

German Embedded systems designers Wittenstein High Integrity Systems (WHIS) has also teamed up with AWS around the technology, as Dr David Cowling, WHIS’s Managing Director explains: “We have a long and successful history of working with Richard Barry and the FreeRTOS project. This will allow Amazon FreeRTOS to develop faster and to focus on innovative IoT, edge of cloud solutions.”

“As part of our Strategic Business Alliance with AWS, we will continue to provide Amazon FreeRTOS users the option of commercial licensing and for those developing safety-critical systems, the ability to upgrade to SAFERTOS.”

WHIS will continue to support and develop its own version of FreeRTOS, called OPENRTOS, and offer a migration path from Amazon FreeRTOS to its safety-critical version SAFERTOS in sectors ranging from medical and automotive to aerospace.

David Barry adds: “I’ve enjoyed a long-standing collaboration with WHIS and am excited to continue that relationship now I am with AWS.

“Having Wittenstein offer licensed OPENRTOS and SAFERTOS provides our customers with important commercial options and helps us expand our AWS IoT offerings to meet the needs of a new class of device developers and manufacturers.”