Why it’s fine to ask a mobile user to “Click”

Like any community, web developers carry a small list of triggers to get offended by that actually don’t matter. I mean really don’t matter. Demonstrably irrelevant. The latest one to irk me is an opinion about the “correct” verb to use to describe how a user interacts with a button. Most people say “Click”, most […] 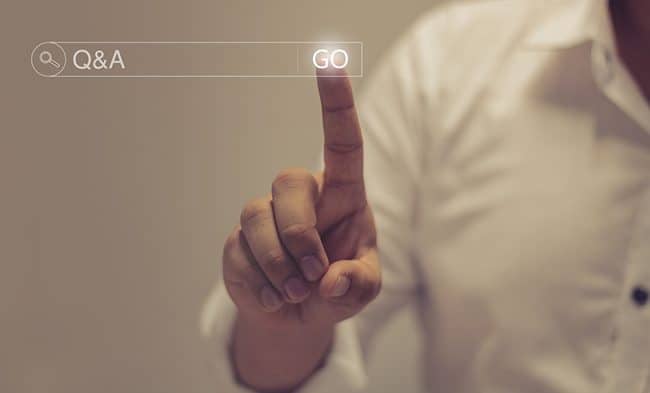 The latest one to irk me is an opinion about the “correct” verb to use to describe how a user interacts with a button. Most people say “Click”, most people understand “Click”.

Lately there’s arisen an almost logical argument that because people generally browse the web on touchscreen devices without a mouse attached, the word “Click” is wrong and “Touch”, “Press” or “Tap” should be used instead. This argument is often proclaimed (Tweeted) in a very public fashion as though shouted by the lead clansman in the witchhunt for the last remaining desktop-first designer.

Click and Collect as a product for supermarkets is a rubbish name at a time when desktop is declining and it is all about mobile and tablet.

But I think that their anti-clickist dogma is misguided. And here’s why…

Focus on making it usable and pleasurable

The only true way for developers to discover if their interface works is usability testing. Putting their product in the hands of new users with fresh eyes and no preconceived ideas of how it will work. The people who build the product are too familiar with a layout to test it effectively. That fact alone has been a bitter pill for tech-people to swallow because facilitating usability testing is a pain in the ass, but more on shifts-in-thinking later.

Of all the valuable revelations I’ve witnessed in usability testing, not once has the choice of verb for a button been a problem. Imagine this scenario: You are accompanying a user to test the registration process on a site. The user has got stuck. You ask them to explain their thinking and they respond with “Well I read the tip telling me to click the button labelled Register and I could see the button, but I didn’t want to do it because when I touch my phone it feels more like a tap than a click”.

That seems totally unrealistic. I would love to be proven wrong on this. Please if you do have a video clip from a usability test where a touchscreen user is unable to interpret the word “click”, I will pay to see it. But until then, I’ve no reason to hate the word.

“Why do you care though?” I hear you ask, “Tap and Press can be used for both touchscreen and mouse interactions, forget click, there’s nothing to lose”. Well, I think there is something to lose and that thing is a wonderful sound and all the positive connotations that come with it.

“Click” is a delicious satisfying sound. It feels determined, decisive and clean. “Press”, “Touch” and “Tap” all sound non-committal and soft. The assertiveness of “Click” sits well with the psychology of selling. It reeks of aspirational confidence and the assumptive close, and might just push a few more conversions over the line.

“Pens, light-switches, bag straps and locks all have satisfying clicks (sometimes clunks) and people love them”

Now let’s consider the negative connotation of our potential choices. “Press” can be confused with newspapers or evoke physical pressure. “Touch” can sound intimate. “Tap” is standoffish as a physical verb, invasive as an action used by Governments to spy on citizens. “Click” is pretty damn pure. I can’t think of any alternative meaning other than the physical sensation. Pens, light-switches, bag straps and locks all have satisfying clicks (sometimes clunks) and people love them! The click is lovable.

Then there’s the music of the word. The “kuh” sound in language. Click starts and ends with a “kuh” sound. It works fantastically in marketing-friendly alliterations “Click and Collect” is a gorgeous sentence to roll off the tongue. I guess I could imagine “Touch and Trade” working for a building supplier but equally it could sound somewhat seedy. “Press and Purchase” feels weak. “Click” just wins in the alliteration test.

Finally there’s the fact that touchscreen devices DO actually click sometimes. Interface designers have gone to great lengths, employing foley artists to make sound effects to accompany interactions and the humble click is prevalent throughout the market. Don’t ignore that hard work, they know what they’re doing.

A shift in thinking

The historical context goes some way to explain why designers/developers are so dogmatic with this opinion. The community has recently undergone a painful shift in thinking that required a fair amount of standing on soap boxes. Anyone mid-weight or above has been required to break the comfortable conditioning that came from a decade of knowing that their user would be on a big screen with a mouse and instead drag their brain into having to assume users will be on a touchscreen and admitting they have no bloody clue what size screen they’re on. Nobody wanted that headache but we got it!

Of course some were slow to accept the horror of how much harder their job got after 2007. Those who accepted it relatively quickly had to be proactive in convincing the rest to change. The early adopters got in the habit of being shouty because it had become necessary to correct someone when they suggested a wide navigation menu.

“The sight, the sound and the tactile can be ignored in favour of less emotive, less fun semantics”

It’s fair to push back on a design that relied on hover-over to reveal elements. It’s appropriate to interject on a suggestion to make the buttons smaller. All these instinctual design decisions that assume a traditional device needed to be challenged because the mistakes that can arise place serious limitations on users and can ruin a business.

All those opportunities to make big wins by avoiding pitfalls felt good – almost addictive – and now most people are onboard with the new way of thinking, the trail-blazers need a new hit and have started pointing out less clear-cut examples. I think they’ve lost sight of the important things.

This whole Click/Tap argument feels like an odd bedfellow to the other more obviously limiting examples of traditional design damaging user experience. I’m not so sure using “Click” does damage user experience, in fact I think it might do the opposite.

Who’s to say Tesco’s users are not clicking mouses?

When a developer suggests Tesco should not use the word “Click” because of a general industry shift toward mobile browsing they are ignoring the fact that they’ve not actually seen Tesco’s analytics or user research stats. It might be true that online shoppers use their 5-inch phone screen to compile a list of 100 shopping items or it might be the case that for that particular task, they prefer to grab the “big” computer from upstairs. I know I personally prefer to use the laptop for that stuff.

I’ve worked on websites that attract 95% desktop users, even after we ploughed hundreds of hours of development into making it work on phones. All that investment and in the end the users simply preferred to do the task on a big screen device. All the rhetoric spoken on-stage at conferences about our lack of a mobile-friendly site costing the company money was idealistic daydreaming.

Life is not logical

Developers have a finely honed talent for logical thinking that most of the time generates valuable solutions to difficult problems. But their skill also harbours a potentially detrimental tendency to value logic over art. The sight, the sound and the tactile can be ignored in favour of less emotive, less fun semantics.

This can also be twinned with a lazy temptation to reuse a solution. Just because in 2014 we all learned to label our burger menus with the word “Menu” doesn’t mean another re-labelling will be as successful. Each idea needs proving in real tests because design solutions produce different results dependent on context.

Digital interfaces exist inside a vastly complex and unfathomable human experience. An animal world full of symbols, metaphors and abstract meaning. Unlike precise code language, spoken language is plastic. Like it or not at some point during 2016 some people started using the word literally to mean literally the opposite of literally. Nobody with a logical mind welcomed that change. But alas it is now accepted to have a second use as a synonym of “figuratively” and amazingly people have adapted to understand it. Trust me, people will understand “Click” too.

Take a step back and remember we are all just apes living on a rock flying through space. We prefer warm water to cold, we travel thousands of miles for sunny weather, we love having someone read to us or having someone brush our hair and writing on a banana with a ballpoint pen feels good. The sound of a seatbelt makes us feel safe, a steam engine makes us happy, we carry machines to play music, sounds matter and in the grand scheme of humanity a “click” is just better than a “tap”.

After writing this I quizzed my office on their favourite satisfying clicks. Anna loves the feeling of popping the corner of her phone case off-and-on and she can make her big toe click. Chris has bought a clunky keyboard that feels nicer to type on. The power button on my Hi-Fi at home engages with a soft thump. And weirdly, despite none of us owning one, we can all appreciate the loading of a gun.

Martin Joiner
Martin Joiner is a Bristol-based full stack developer with a passion for UX. He loves being the all-rounder that helps companies push great web projects over the line. Available for work from mid-September 2017.