This year, actress, comedian and writer Laura Lexx is travelling back to her home turf in the South West to host the SPARKies tech and digital awards which will be held at Komedia Bath on 29 June. A huge upcoming comedy star, Laura is the compere for Komedia Brighton and made it to the finals […] 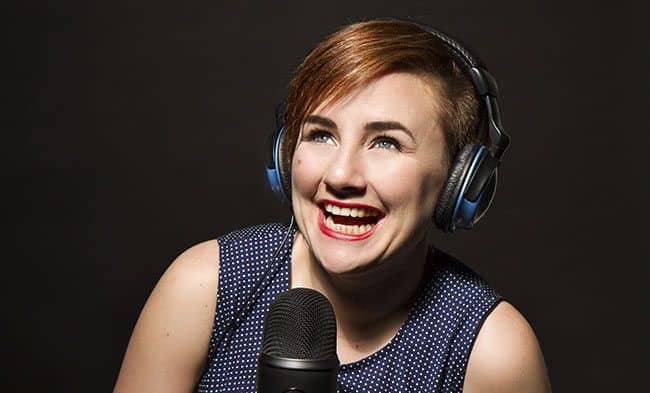 This year, actress, comedian and writer Laura Lexx is travelling back to her home turf in the South West to host the SPARKies tech and digital awards which will be held at Komedia Bath on 29 June.

A huge upcoming comedy star, Laura is the compere for Komedia Brighton and made it to the finals of the Amused Moose Comedy Awards for her critically acclaimed solo show, Tyrannosaurus Lexx, at the Edinburgh Festival Fringe in 2016. She was also nominated for Best Compere at the 2016 and 2017 Chortle Awards and shortlisted for the BBC New Comedy Award in 2014.

“I’ve heard the live electrocution is pretty fun but, also, I like watching people be proud of the work they’ve done” 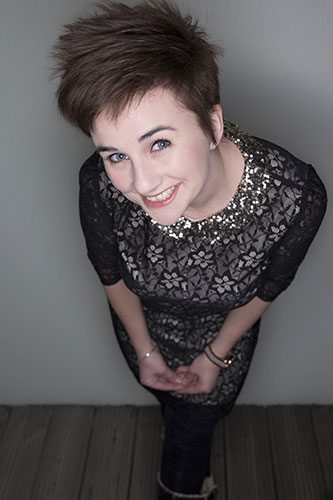 Every year the SPARKies brings a new comedian to the stage for a stitch-inducing performance – and to announce the award winners of course. With previous year’s awards seeing performances from top comedians Tom Craine, John Robins and Jarred Christmas, the SPARKies awards provides the perfect bundle of laughter to allow its audience to relax and truly celebrate some of the most deserving people and companies in tech and digital.

Having grown up in Somerset herself – and along with her long list of accolades – Laura was the perfect candidate for hosting the SPARKies 2017. On returning to the South West for the awards, Laura (pictured right) tells us: “I love the landscape. As soon as the A303 starts to roll I know I’m nearly home and I always forget how lush the hills are. I love the little villages and how little of it I seem to forget.”

And when it comes to what aspects of the SPARKies awards ceremony she is looking forward to, she tells us: “I’ve heard the live electrocution is pretty fun but also, I like watching people be proud of the work they’ve done. It’s really easy to turn up to work every day and just get through it so you can go home and have dinner. Events like these help remind everyone that work can be about achieving something as a team and there’s a lot of satisfaction to be had from that.”

A strong voice for women’s rights and equality, more recently Laura has also found herself appearing in the news headlines for a particularly spectacular performance in dealing with a sexist heckler during at a stand-up gig in Brighton.

But even though attitudes like that particular hecklers’ still exist, comedy has recently seen a shift with more women getting involved and forging award-winning careers. And with the tech and digital scene in the South West looking to find ways to see a similar shift in diversity, we wondered if she had any pointers. Laura says: “I think, and bear with me, you have to identify where the male way of doing something is considered neutral and start to change that.

“If you change the work system… it gives everyone an opportunity”

“It’s very important to see where women are having to adapt their natural way of doing something to achieve the historically accepted way of doing it, as forged by men. If you consistently ask women to be men they will seemingly fall short, whereas if you broaden the spectrum of the workplace to adapt to new approaches then you even the playing field.

“Childcare is a great example, where women routinely earn less or don’t get jobs because we try to fit the necessities of the female’s role in reproduction into a masculine working system. If you change the work system instead; it gives everyone an opportunity.

“It’s probably something like that, or, maybe put more cushions in the foyer so women feel more at home in the office.”

Thanks to Laura for chatting to us. We’re super excited to have her hosting the SPARKies 2017 on the 29 June at Komedia Bath. Tickets will be released next week but in the meantime, there’s still time to nominate your favourite people, companies and products for a SPARKies award. Be quick though, nominations close on 19 May.

To find out more about Laura, check out her blog or follow her on Twitter here: @lauralexx. 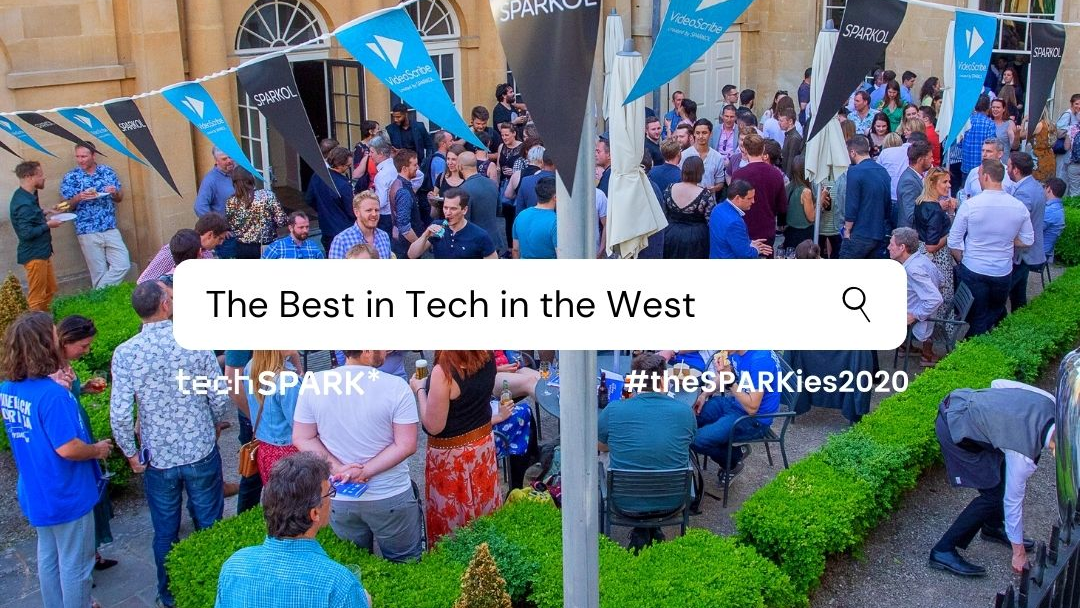 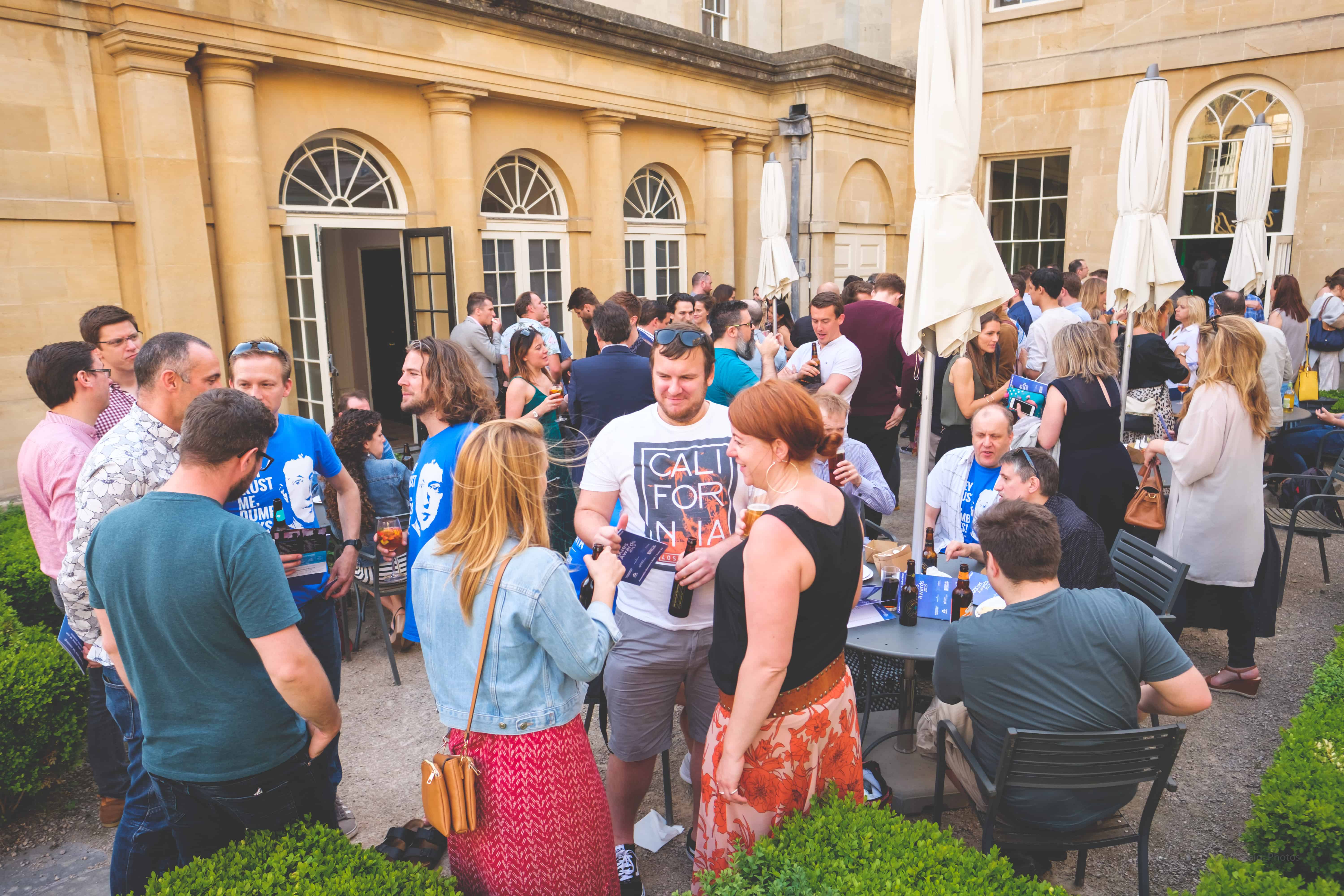