Today marks the launch of Tech City‘s much anticipated Tech Nation 2017 report highlighting the astounding growth of tech and digital across the UK and putting the nation firmly in place as Europe’s digital capital. Bristol and Bath in particular are celebrated in the report, coming out top for tech worker productivity for the second […] 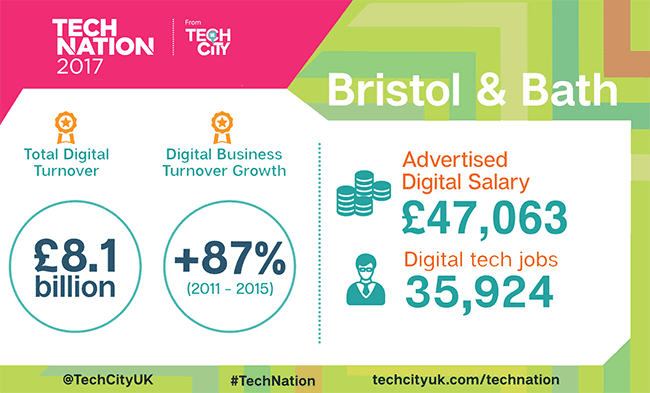 Today marks the launch of Tech City‘s much anticipated Tech Nation 2017 report highlighting the astounding growth of tech and digital across the UK and putting the nation firmly in place as Europe’s digital capital.

Bristol and Bath in particular are celebrated in the report, coming out top for tech worker productivity for the second year in a row, third after London and Reading for its total digital turnover of £8.1 billion and commended as having the best digital meetups in the country.

The Tech Nation report also revealed that 92% of tech workers in Bristol and Bath rated their quality of life as good, in comparison with just 59% of Londoners. 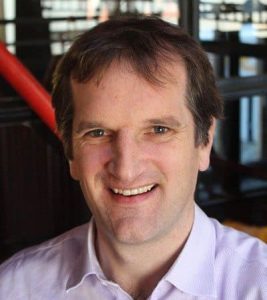 Matt Cross, Head of Inward Investment at Invest Bristol & Bath (pictured left), says: “Tech Nation 2017 shows that digital tech businesses are helping power the economic growth of Bristol & Bath, all of which are contributing to the cluster’s global reputation for technological excellence.

“As digitisation of the industry is becoming pervasive across all industry our tech cluster’s reputation continues to expand. Adoption by a diverse range of traditionally non-digital industries such as banking, aerospace and city infrastructure – Smart Cities – will ensure the continued success and growth of this cluster for years to come. The exciting nature of the technologies and applications involved will help inspire a new generation of talent from our leading universities, colleges and schools.”

As well as highlighting the region’s overall successes, the report shines a light on some of Bristol’s high growth technology businesses in the form of case studies from Bristol-based Ultrahaptics and BluWireless Technology – both of which have received vast amounts of investment and created exciting tech jobs in the region.

This is great news for young people with the right digital skills too, with a wealth of opportunity across the country and over 30,000 digital and tech jobs in Bristol and Bath alone.

And, while the sector’s highest salaries are achieved in the capital, London does not have a monopoly on earning power. According to the report, Bristol & Bath average salary for digital tech workers reached £47,063 rising by almost 10% in just five years. 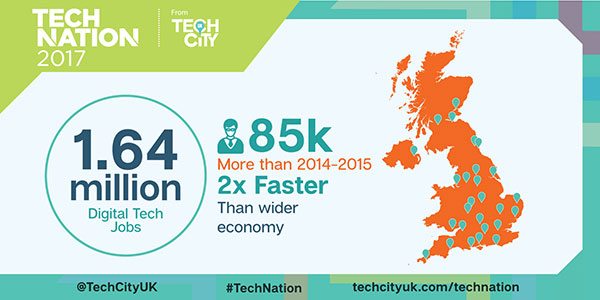 Gerard Grech, CEO of Tech City UK comments: “Tech Nation 2017 shows how rapidly the UK’s tech innovation and productivity are gathering momentum. There are now significant tech hubs all over the UK, attracting both international investment and overseas talent. Tech careers now pay 44% more than the national average wage. These foundations will be crucial as we prepare to leave the EU.

“We need to maintain access to skilled workers while doubling down on homegrown tech talent. And we need to think big. This report is all about working together on a common vision: the UK as a global leader in tech.”

With several of the region’s cluster leaders celebrating at the launch of the report in London today, snippets of the South West’s successes are coming in thick and fast on social media. You can follow the story under the Twitter hashtag #TechNation which is trending nationally.

Read the full Tech Nation 2017 report here and find out more about how it came to be on the TechCityUK website. You can also follow them on Twitter here: @TechCityUK or with the hashtag #TechNation. 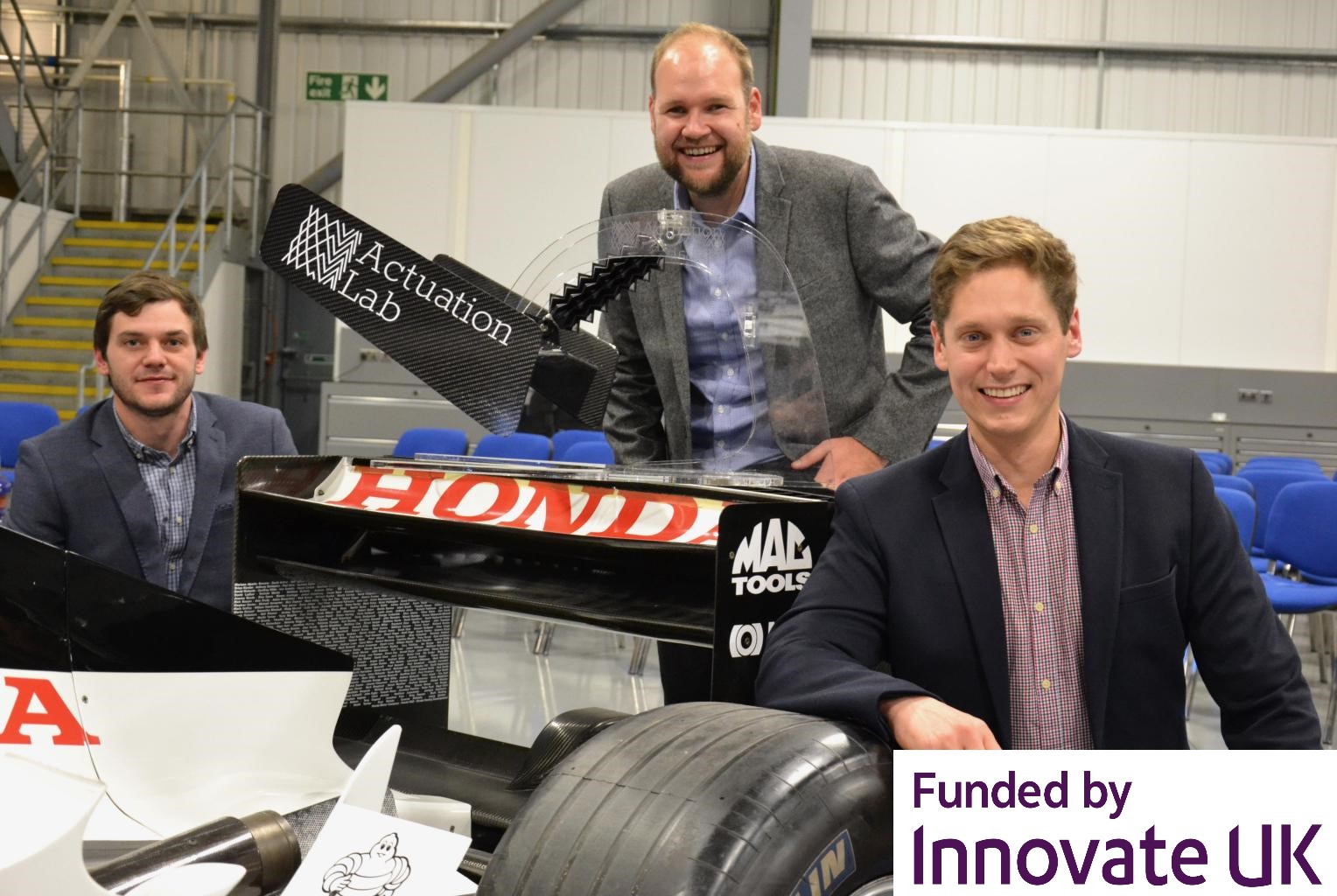 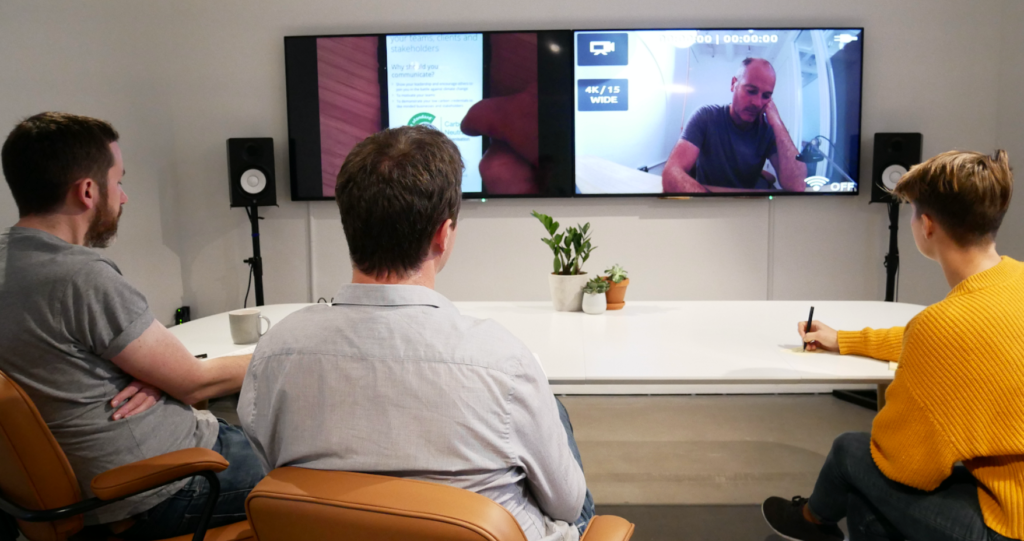