Want a chatbot to work out what food you want to eat and then get it delivered by a robot?

Some of us may not think of Just Eat as a technology company, right? Well, it’s time to change that perception. Just Eat’s talented innovation team are developing pioneering products in Bristol as we speak, all of which have been developed to make our experiences when ordering food that little bit better. Ben Paul, Senior […] 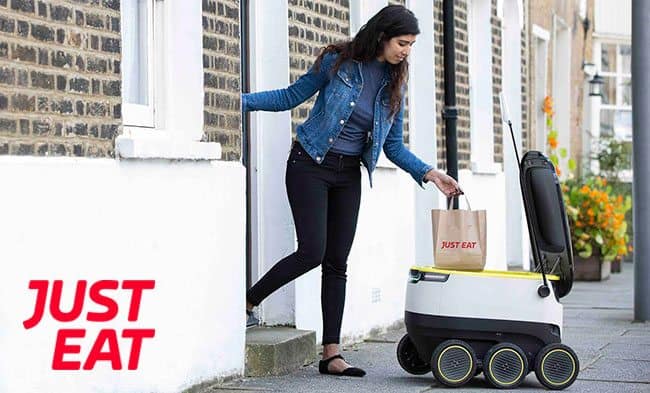 Some of us may not think of Just Eat as a technology company, right? Well, it’s time to change that perception. Just Eat’s talented innovation team are developing pioneering products in Bristol as we speak, all of which have been developed to make our experiences when ordering food that little bit better.

“‘Hold on you’re making a HoloLens, what’s that got to do with food?!'”

The product research team have seriously been pulling their weight in Bristol this year. In just 12 months the team has managed to incorporate Just Eat’s services into virtual reality (VR), chatbots, the Xbox, Amazon’s Alexa and soon you’ll be able to order food as a group using your Apple TV. 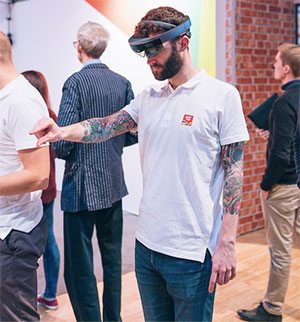 If you didn’t think of Just Eat as harbouring tech whizzes, you’re not alone. Ben tells us, “I’ve been at tech talks showing off the HoloLens and people have said to me, ‘Hold on you’re making a HoloLens, what’s that got to do with food?!'”

Craig Pugsley, Just Eat’s Principal UX Engineer, gives us an insight into how the company operates: “We are one big experiment in product research in Just Eat right now… it’s a huge sector of different technologies but we also look at different solutions. We’re like a big test bed.” He adds, “[Just Eat has] certainly taken the mature approach of connecting product, design and technology in that perfect triangle to solve the problem.”

With the rise of the Internet of Things, the way we use tech is changing rapidly – this is something that inspires Just Eat. Craig says, “Our remit for this year is the connected home. We want to understand how people eat food in their home.”

Just Eat recognises the surge in this market. It’s undoubtedly seizing the opportunities this presents with open arms as there are a plethora of exciting, unique projects that have been recently launched and more in the pipeline.

One project that the team are particularly enthusiastic about is the collaboration with the Apple TV; the idea is to relieve some of the hassles that come with ordering food for large groups of people.

“That’s a really important thing we found, people were having that discussion about what they wanted but then someone would wander off and you’d have to go find them and say, ‘Have you finished?’ We’ve taken those UX pain points away with this experience; I’m really excited about it. It’s a really unique combination of UX and tech.”

“We’ve been shocked by how disaffected people are by it, they’re just like, ‘oh there’s a robot delivering food'”

Just Eat has also been building chatbots with their Artifical Intelligence (AI) hats on. Ben says it’s his favourite of the projects: “The best thing is machine learning. I can build a code, deploy it, then over the day people can use it and I can watch it improve. That’s alien to me… I don’t know if it’s the engineer in me but a no deployed improvement is amazing.”

Two types of chatbots are currently in circulation for Just Eat. The first is the Customer Care Chatbot, developed alongside Microsoft, which incorporates AI into your ordering process to guarantee you are getting the most helpful support and service possible. The second is their Facebook Messenger Chatbot. This one’s for the more indecisive among you; it has the capability to chat with you to provide some inspiration for your food choices, depending on where your mood takes you.

Charming Chatbots: Talking to a robot doesn’t have to be dull

As if all of this wasn’t impressive enough already, Just Eat also has some robots lined up for service. The company recently launched some friendly roaming robots, in partnership with Starship Technologies, to deliver food to the people of London. Andy explains, “It’s live so people are placing orders and getting their food delivered by robots… We want to get it in Bristol, but there’s a lot to coordinate with the councils.” – But watch this space, you could be answering your doorbell to a robot very soon! 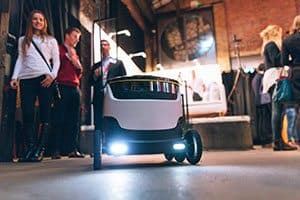 “I mean having a robot come to your house and deliver food is awesome. But not only does it delight our customers, crucially, it allows our restaurant partners to fulfil even more orders at peak times when their delivery drivers might be at full capacity. If that’s something we can provide as a service on both sides, absolutely we’re going to go after that.” 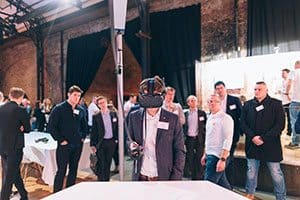 Some other projects Just Eat is working on include exploring the depths of VR. This one’s for the restaurants, though. The VR can give, “restaurant partners a unique understanding of their business, providing a bird’s eye view of orders that can highlight patterns, hot spots and opportunities for growth”.

Just Eat is also working on a HoloLens project. It wants to revolutionise menus by truly bringing the experience of food to life – forget written lists and envisage selecting from a holographic buffet of tasty choices.

Voice interaction is becoming more and more popular, especially since Amazon launched Alexa; and Just Eat has now partnered with Amazon to give you the ability to order food using voice technology. The team are embracing this tech with open arms and are excited about the opportunities this interface presents, but that doesn’t come without its challenges.

Andy explains more, “Put a mobile phone in someone’s hand and they’ll know what they’re doing, but you give them an Alexa and tell them to talk to this they’re like, ‘hang on a minute what’s going on here?'” This can lead to blurred lines in user testing research as Ben tells us: “It was hard to work out whether it was our issue or just culture shock.”

They’ve received a tremendous reception, though. Andy says, “We have seen that reorder values go up when using Alexa.” This suggests that voice is easier and more convenient than other ordering methods.

Alexa: Use Amazon’s Alexa to order your favourite
meals through Just Eat with the power of voice

This success is largely down to vigorous testing and weekly lab sessions; the team believe this was the key to its success. “I remember being sat in a room with Andy testing Alexa,” explains Craig. “We would have a speaker in a room that was off and it was me basically lying to participants saying, ‘OK you talk to Alexa, ask it a question and it will respond to you and that’s how we’ll go’.

“We hadn’t built a single line of code at this point, all it was was Andy sat in the background on the developer tools, frantically typing away making the fake voice come out of his laptop – faking it out in the cheapest way possible. And we got amazing insight from that.”

Just Eat initially landed in Bristol just over 2 years ago. Ben tells us that Just Eat’s former CTO sought out the Engine Shed tech incubator to launch an Innovation Hub where the company could grow their tech expertise from strength to strength.

“This is the closest place I can get to working in Silicon Valley. In some ways, Bristol is better”

Ben Glynn, the Principal UI Engineer at Just Eat, praises Bristol for its wealth of expertise: “There seems to be no end to creative and digital talent in the region.” The cluster has offered Just Eat the scope it needs to embark on this journey of tech, as Ben Paul explains: “This is the closest place I can get to working in Silicon Valley. In some ways, Bristol is better because it’s such a nice city… It’s no coincidence that Just Eat is in Bristol.”

It’s not all takeaways, though, Just Eat wants to give back to the community that allows it to thrive. The company does this in a multitude of ways, from performing guest lectures at the local universities to offering up its space to host hackathons.

Ben Paul describes the mentality as: “Hey you’re in Bristol, we wanna help Bristol!” He encourages anyone who’s holding a tech event to get in touch as there may be the opportunity to hold it in the rather impressive Just Eat offices.

Just Eat’s ties with universities in the region is particularly strong. “My favourite thing is probably our relationship with the University of Bristol. I’ve been working quite closely with their computer science undergrads, we’ve been doing regular mentoring that’s part of their studies,” says Ben Glynn. “There’s a combination of me looking at it from a UX point of view and their assessors looking at it from a computer science point of view but it’s all really good, the lecturers are all really up for it.”

Falling in love with the problem 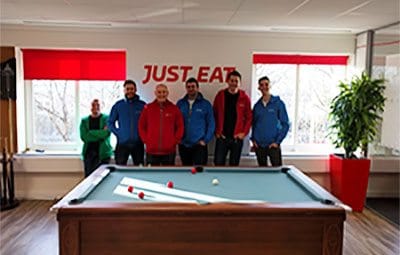 The team (pictured right) shared with us their No.1 top tip for success: failure. Craig elaborates, “We have a wonderfully liberating principle of failing early and failing fast; it’s our job to fail those 9 times so that we can get to that 1 time that is the absolutely killer success.”

Ben Glynn also pointed out the common mistake people make is getting too obsessed with their own solution: “You’ve got to forget about the solution and fall in love with the problem. Try and empathise with the users, try and map what they’re doing, where they’re going to be in years to come.

“We make lots of assumptions, but we recognise that they’re assumptions. We recognise it’s something we think is true but we don’t have evidence for, so that leads to a hypothesis and deciding how we will find out if that’s true.

“We’ll do things like fake as much as we can, you know Wizard of Oz techniques, just try and get the product or experience to a point where we can find out whether we’re on the right path or not before realising that actually it’s a poor idea and we should think of something else. You can easily fall into polishing, gold plating and endlessly perfecting something that really you should just get out there and see if it works.”

Just Eat’s tech has flourished in this experimental culture; it’s one of the reasons the team have been able to produce so many impressive products that are shaping our home experiences. “We can look at something and think ‘why is this not quite working?’ but see it as an opportunity to learn,” says Craig, “We can now do TV experiments, Xbox experiments and we’re now in that living room space where we can learn so much more about that.

“We hope we’re slowly but surely changing the perception of what failure means. Failure is an absolutely great, positive thing because you get to learn from it and get better.”

So, you heard it here – don’t be afraid to fail; the philosophy is certainly working for Just Eat.

Thanks to Andy, Ben Glynn, Ben Paul, and Craig for taking the time to talk to us. Check out Just Eat’s website to use their services or read more about the awesome things they’re working on. You can also give them a follow on Twitter here: @justeat_tech, @JustEatUK 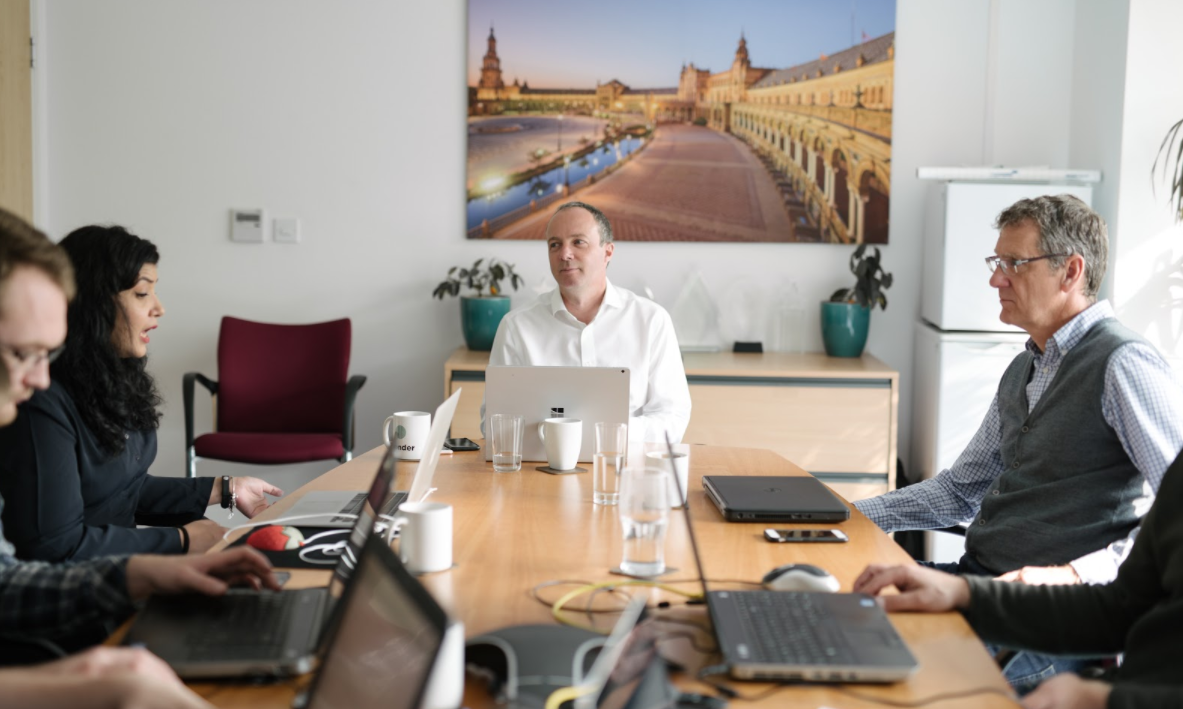 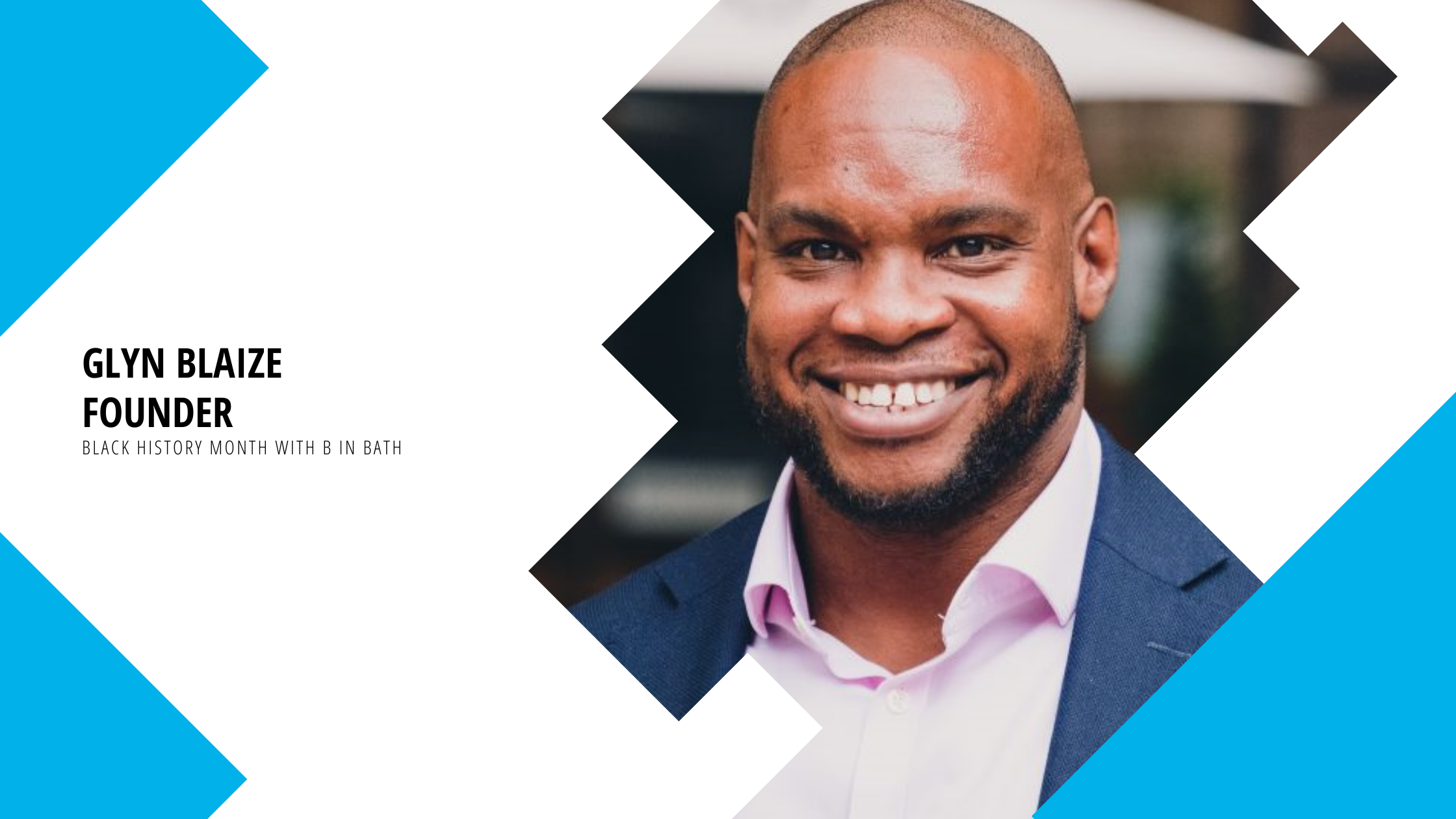