Profile: Col8, helping you to make the most of your extreme sports footage

With the advent and accessibility of tiny action cameras, the capture of high-definition extreme sports footage has become commonplace. To the extent that many skiers, snowboarders, mountain bikers and cyclists will tell you they have hours of footage of their adventures stowed away in mega hard drives. The problem is, sifting through footage is arduous and said […] 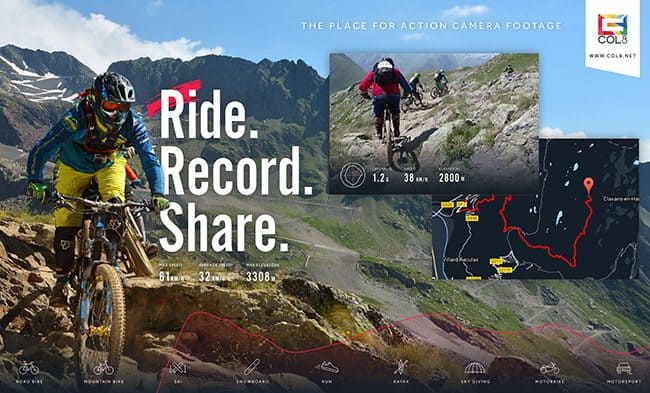 With the advent and accessibility of tiny action cameras, the capture of high-definition extreme sports footage has become commonplace. To the extent that many skiers, snowboarders, mountain bikers and cyclists will tell you they have hours of footage of their adventures stowed away in mega hard drives. The problem is, sifting through footage is arduous and said hard drives are often left gathering dust.

“We want to rid the world of average sports footage”

This is a sentiment shared by the founders of Col8 – the startup platform that’s combating the tricky part of turning the hours of footage into something worth watching. With its innovative platform that layers much of the data collected on these adventures (for example, from phones and GPS) over the action footage, key moments can be accessed quickly and easily.

Col8 will also work as a social media platform for extreme sports junkies to share and compare their experiences really easily, alongside a glorious range of data that helps tells the whole story.

With our inner stunt devils suitably intrigued, we caught up with Col8’s co-founder Charles Smith (pictured below right) to find out more. 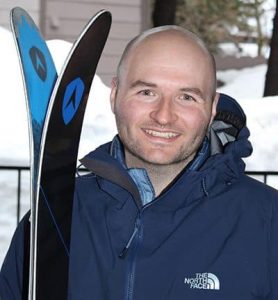 “We want to rid the world of average sports footage,” he exclaims. “I’m sure you’ve been there – you’ve nailed something new, a huge wipeout, great ride, whatever really. But, trying to find that moment in the sea of footage when you get home is a nightmare.

“Anyway, it sounds like a cliché, but it all started one day after a few laps of the local trails when we were sat trying to find the interesting bits of footage. There must be a better way to interact with this footage rather than just trawling through dozens of files, we thought.

“Layering data onto video takes the whole experience up a level”

“With my co-founder Rupert Jabelman’s background as a Technical Architect, and mine as a Product Designer, we are used to finding innovative solutions to interesting problems and this one got us thinking. We already capture and share loads of data from GPS and speed to other places like Strava, maybe there’s a way we can use all that information to help with the footage. This was the start of Col8.”

Col8 has big plans. Charles explains: “The core functionality of the platform is the ability to visualise footage live with the exact location it was filmed at, with all the data alongside it.

“What we’re really finding is by layering this data onto the video, it takes the whole experience up a level. Your interaction with the films and the people who shot them is deeper, and we form closer communities as we experience each others’ sports.

“A lot of what is posted on social media is more of a snippet or teaser to others that might be interested. It’s then that followers and friends want to go and discover more.

“Col8 gives both the producer and consumers the ability to go deeper and learn more than any painstakingly crafted and often dull 3-min video edit ever could.”

It’s been a full-on few months for Col8, as the company has already achieved a lot. Charles tells us: “The initial prototype was built in just a month, which meant we could get real users on board, get them to experience Col8 and start giving us some clear direction.

“We’ve continued to develop the prototype, and now less than five months in and we’re close to releasing a beta to the public to start filling the platform with their amazing adventures.”

For those who can’t wait, there are lots of new routes and footage being posted each day by Col8’s trial users which you can view on the Col8 website – with the public beta expected to launch at the end of March.

Charles adds: “Our first aim for the platform will be to ensure the core features are absolutely perfect, then we have some really exciting things we are developing. This will include the ability to share footage from an exact place with others, comparing yourself to others with both data and video to learn from.” 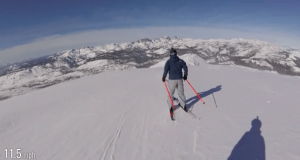 The South West, and Bristol in particular, is host to many innovative companies passionate about sports, meaning Col8 is in good company. Charles tells us: “The location is fantastic, the perfect mix of rural and urban. Of course, the location is only part of it, the active passionate creative people of the city make it something special. I am sure that energy of the people is one of the reasons a sports tech giant like Strava has recently moved their European headquarters to Bristol.

“I recently met TrueStart Coffee who are doing some great things. They make caffeine regulated products for sports – something I wish was around a few years ago when I did a 24hr solo mountain bike race.

“Another company that really stands out is Simpleweb. They are an innovative team that partner with early stage startups to co-invest for development resource and support, companies like this really help to make the region attractive to the startup community.”

As well as a full pipeline of exciting features, Col8 is now looking into funding options to scale the business.

Charles says: “This will allow us to grow the team and community. We have some long-term aspirations for the company in tangent markets as well, with the growth of IoT devices constantly recording video and data.

“Very much like the action camera market, there is still a big gap in the ways all those pieces of information interact and we believe the core technology has a whole variety of interesting applications.”

Thanks to Charles for chatting to us about Col8. You can stay up-to-date with the platform and its beta release by heading to the Col8 website and signing up to its updates. You can also follow the platform on Twitter here: @Col8Ltd.