With the term ‘ageing population’ banded about in the media across the UK and western world, the debate often surrounds how we’re going to look after our parents, aunts, uncles and family when they become frail and less able to physically care for themselves. Tangible Memories is the Bristol-based research project that’s shifting the focus […] 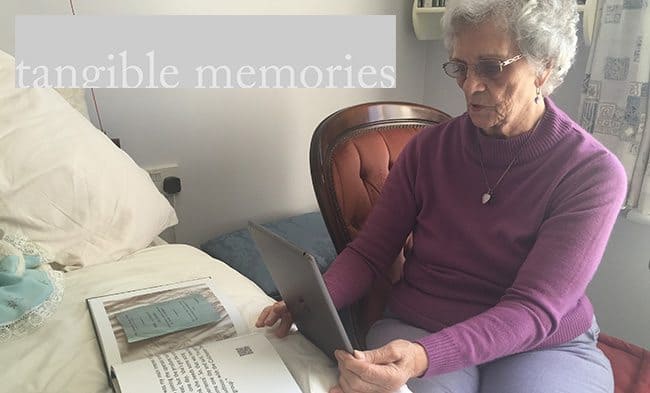 With the term ‘ageing population’ banded about in the media across the UK and western world, the debate often surrounds how we’re going to look after our parents, aunts, uncles and family when they become frail and less able to physically care for themselves.

Tangible Memories is the Bristol-based research project that’s shifting the focus from physical care and highlighting the need for better social and emotional care in homes for the elderly.

“[The] therapeutic sound chair… was designed specifically for those with dementia, enabling them to be transported to another place or time” 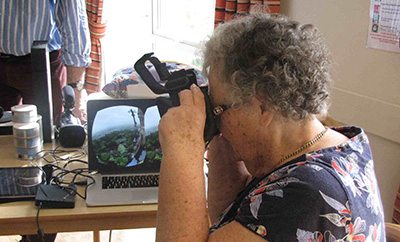 It’s a truly collaborative affair led by researchers at the University of Bristol, and involving artists from across the South West, elderly social care charity Alive! Activities and creative hub the Pervasive Media Studio. Working together, research is being carried out across three Bristol care settings to bring creative digital technologies to the elderly to inspire, record and share storytelling and conversation. The aim is to support older people, including those with dementia, to recall important stories and memories and build community in care settings to combat the feeling of loneliness and isolation.

Since Tangible Memory’s research began in 2013, initially funded by the Arts and Humanities Research Council (AHRC), it has seen the development of several inspiring projects, including an app that allows users to easily record and share stories, a rocking chair that transports the sitter to another place or time through evocative soundscapes and a VR experience that takes isolated individuals ‘outside’ putting them back in touch with nature.

In fact, the initial research was such a success that Tangible Memories was one of ten projects chosen by the AHRC to be featured in a short film to celebrate their tenth anniversary. Check it out below: 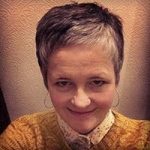 Keen to find out more about Tangible Memories, how the team is combining technology and storytelling and what’s next for the project, we spoke to principal researcher Helen Manchester (pictured left).

Helen explains: “The overarching aim of the project was to mobilise cutting-edge developments in tangible technologies and digital art practice to co-produce powerful new resources for gathering and sharing oral life histories. This was in order to address some of the key societal challenges concerning the care and well-being of older people and the legacy of the memories and stories that they leave for future generations.

“To do this we asked questions such as; how do we build connections in increasingly ageing communities? How do we get better at sharing personal stories and oral histories in ways that build community as well as creating new academic insights? How can we harness the evocative power of lifelong objects and the new potentials of digital technologies to support these processes?

Initially, the project was funded for 21 months and during this time the Tangible Memories team developed a number of prototypes around four themes; objects of reminiscence, objects of escape; objects containing stories and objects of exchange. 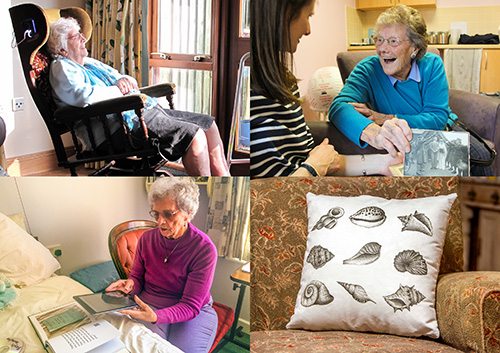 Helen tells us: “For the objects of reminiscence theme we worked with artists  Stand + Stare to design a StoryCreator app through which care staff and families can work with older people to create their own book or individual pages for a care plan.

“For the objects of escape theme artist Heidi Hinder worked with us to design an interactive, therapeutic sound chair which was designed specifically for those with dementia, enabling them to be transported to another place or time. 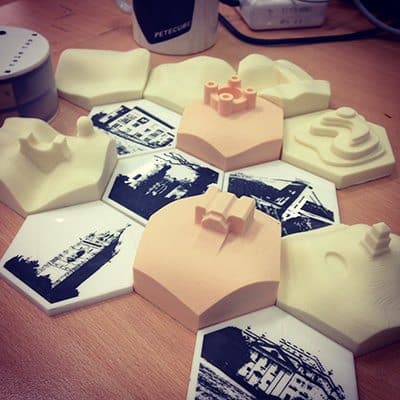 “Computer science researchers have been exploring cutting-edge designs such as the TopoTile system (pictured right), which consists of a number of hexagonal tiles that either depicts an etching of a local geographical landmark or represents a generic landmark. Each tile contains a RFID marker to allow the individual recognition of each tile when the tile is placed on the reader.

“Content linked to each tile currently consists of stories of varying length spoken by residents, soundscapes and photographs. Two types of tile were developed in order to gauge the possible effects of three-dimensional tactility on the use of the tiles as storytelling prompts. We used etched tiles that were created from photographs of the landmarks, and also three-dimensional tiles created on a 3D milling machine.” 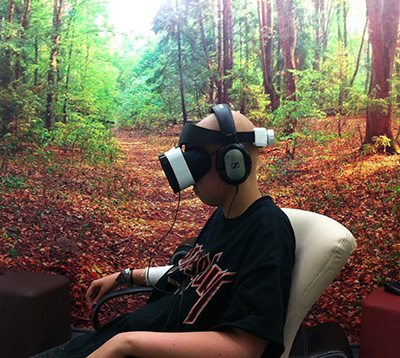 Since the initial research was carried out, additional funding from various bodies has also meant Tangible Memories has been able to support young and isolated cancer patients stuck in hospital by bringing them virtual reality experiences of the natural world (pictured left).

Part of this involved trialing 360-degree experiences in partnership with the BBC Natural History Unit with patients in the Teenage and Young Adult cancer ward at the Bristol Oncology Centre. These trials included archived 360 immersive experiences, including taking patients virtually underwater.

“I can see [VR] being something that if you’re stressed or anxious, just pop this on and get away”

Holly, a patient in the cancer unit, trialed the VR experience and told Tangible Memories: “I can see [VR] being something that if you’re stressed or anxious, just pop this on and get away, to feel like you’re somewhere else – that would be when I would use it. I think that would be quite a good thing to do.”

The additional funding has meant the team is also exploring the co-design of new devices including immersive soundscapes and tangible user interfaces for making music together.

“We’ve really benefitted from links into the creative digital sector throughout Bristol and the South West,” Helen tells us. “As University of Bristol staff, we’re well connected with the Pervasive Media Studio in Bristol which placed us at the heart of creative digital practice in the region.”

“We’d really appreciate hearing from anyone interested in getting involved”

Being at the heart of the project for its entire duration, Helen tells us more about her experience on a personal level: “I think connecting with older people and carers and spending time with them has been the best thing about Tangible Memories. I’ve made new friends and learned a lot from them.”

However, the team is always looking for new people to collaborate with too. Helen explains: “We’d really appreciate hearing from anyone interested in getting involved – from developers to older people who might be interested. At the moment our core work is continuing with the Parlours of Wonder project and we’d love to hear from anyone working with digital technologies and intergenerational practice in the region too.”

Many thanks to Helen for taking the time to tell us more about Tangible Memories. You can find out more and stay up to date with the project’s progress by checking out the Tangible Memories website or following them on Twitter: @tangiblememory.