Ever wondered what your pee is capable of? Well, Bristol Robotics Laboratory (BRL) is here to show you at this year’s 80th anniversary series of The Royal Institution’s Christmas Lectures, to be broadcasted on 26 December 2016. Titled ‘Supercharged: Fuelling the Future’, the programme will explore what energy is, how we use it and how […] 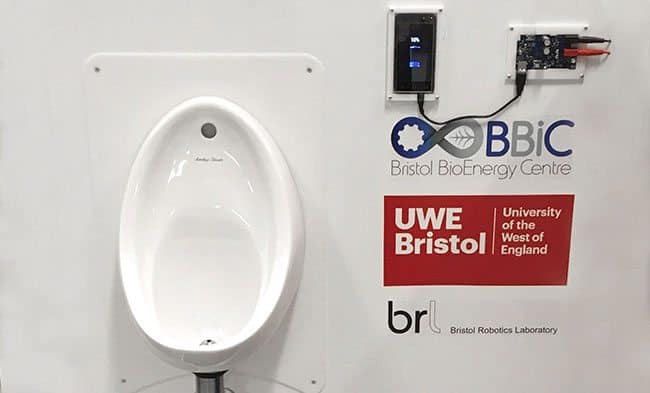 Ever wondered what your pee is capable of? Well, Bristol Robotics Laboratory (BRL) is here to show you at this year’s 80th anniversary series of The Royal Institution’s Christmas Lectures, to be broadcasted on 26 December 2016.

Titled ‘Supercharged: Fuelling the Future’, the programme will explore what energy is, how we use it and how we can store it. BRL will be showcasing the latest use of its Microbial Fuel Cell (MFC) technology – and the broadcast features a demonstration of how Pee Power can charge up a mobile phone. 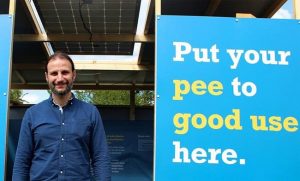 The MFC technology was developed thanks to a collaborative effort from BRL, BBiC and UWE. Professor Ioannis Ieropoulos, the lead researcher of the project, says this is a test for MFCs: “The findings are helping us understand better the technology’s limitations as well as its capability and inform our way forward in determining important parameters, relative to operation in public spaces.” 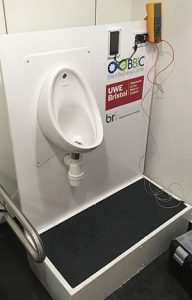 The thought that your pee could actually charge your mobile phone is quite a bewildering one. But, Ioannis explains how this is possible thanks to the help of MFCs: “live bacteria consume waste (in this instance urine) and produce electricity directly.” This electricity can then be used to power your mobile.

“This technology is about as green as it gets”

Ioannis goes on to say, “The MFC is in effect a system which taps a portion of that biochemical energy used for microbial growth, and converts that directly into electricity. This technology is about as green as it gets, as we do not need to utilise fossil fuels and we are effectively using a waste product that will always be in plentiful supply.”

As well as being an environmentally friendly project, this discovery could become an essential to people in disaster areas across the globe, providing easy access to electricity.

The team are excited to exhibit their tech on such a prestigious platform; Ioannis tells us, “[I’m] absolutely delighted and honoured since this is also the first of the Christmas Lectures for this year.”

Being included in the line-up for the lectures means the team can spread the word about their ground-breaking MFC technology and give a demonstration which allows people to understand how it works that little bit better.

Ioannis adds, “The Royal Institution is a very prominent location, and the Christmas Lectures allow a much wider public dissemination.”

Pee Power isn’t the only revolutionary way of generating energy that will be demonstrated at the Royal Institution. Ioannis tells us, “There is a lot of exciting science that will be (practically) demonstrated during the broadcast, ranging from good old and well-known methods of generating electricity or light, all the way to some pretty unusual more modern ways of producing electricity. I am equally eager to watch the programme!”

The Royal Institution’s Christmas Lectures will be broadcast on 26 December 2016. To find out what other exciting things the Bristol Robotics Laboratory are up to, check out its website or follow them on Twitter here: @BristolRobotLab.