The global partnership taking on climate change Connect4Climate oversaw 860 short films from 155 countries in its recent Film4Climate Global Video Competition from a wealth of talent. Bristol-based film-makers Dani Tinez and Jay Carter-Coles were selected for its ‘Put a Price on Carbon Pollution Award’, which was judged in collaboration with Carbon Pricing Leadership Coalition (CPLC), a World Bank […] 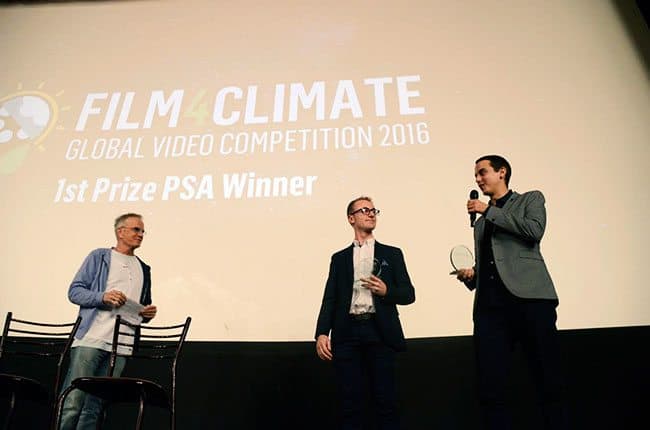 The global partnership taking on climate change Connect4Climate oversaw 860 short films from 155 countries in its recent Film4Climate Global Video Competition from a wealth of talent.

Bristol-based film-makers Dani Tinez and Jay Carter-Coles were selected for its ‘Put a Price on Carbon Pollution Award’, which was judged in collaboration with Carbon Pricing Leadership Coalition (CPLC), a World Bank led initiative.

The pair won a trip to Marrakech, Morrocco for the award ceremony and got the opportunity to attend the United Nations Climate Conference (COP22). Whilst they were at it, Dani and Jay went on to collect 2nd place in the 18-35 age group PSA Award for their moving film on carbon pricing. Jay says, “2 awards in 1 competition, it blew my mind!”

“We needed them to see, and understand, how carbon emissions are contributing to the acceleration of climate change”

We caught up with Dani and Jay who were both humbled by their success. Jay comments, “We were shocked when we found out that we had won! When we submitted to the competition we didn’t think anything would come of it.”

Carbon pricing is a challenging topic and one that very few people know much about, making the success of the film even more significant.

Chosen based on the relevance of the subject matter, the wonderful display of creativity showcased in the film, as well as a demonstration of technical excellence, Dani and Jay’s ‘Your Choice’ is an emotive and engaging watch. But, don’t just take our word for it, see the short film here:

Your Choice: The perplexing decision to ‘pay today or pay later?’

The young filmmakers were inspired by the lack of awareness surrounding carbon pricing, which essentially involves taxing carbon emissions to stifle our usage. Jay says, “we are hoping that our film will provoke conversation and interest around carbon pricing, we want people to be aware of what an important solution it is in the fight against climate change.”

Dani is passionate about the battle against climate change, “We needed them to see, and understand, how carbon emissions are contributing to the acceleration of climate change.

“For this, we borrowed the animation footage created by Real World Visuals. The blue bubbles in the clip represent a tonne of carbon dioxide gas, which served as our best ally to make sure the public could actually see how much carbon we are adding to the atmosphere every day.”

Antony Turner, CEO of Real World Visuals says, “We do this to make it more engaging and for people to feel they can get involved in this conversation. I think if you don’t think something is real, it makes it very difficult to kind of care.”

Jay thanks Real World Visuals for its integral contribution, “Having Real World Visuals’ support in our project was what took our film up a gear. They provided the amazing computer-generated imagery (CGI) footage of the carbon bubbles that grabbed the audience’s attention at the beginning of the film, certainly one of the strongest clips in the PSA.”

Shaking things up in Morocco

The pair were told the great news just before their trip to Morrocco. Jay tells us about his excitement in the moment he found out, “the best moment was a week before myself and Dani flew out to Marrakech. Dani called me one night to talk over some of the logistics of our trip and some work related things, but just before he put the phone down, he said, ‘oh and by the way, we also won the 2nd place in the competition.’ This is when I really went crazy.” 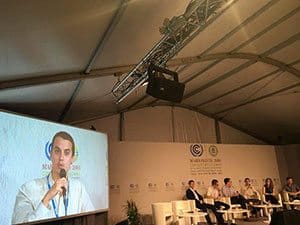 Being part of a competition with such a relevant edge was a learning curve for the both of them, “The whole experience has been incredible and eye-opening,” says Jay, “We both learned so much about climate change from going to various panels and talking with professionals.”

Dani agrees with this sentiment, “When we received an email saying that we were awarded the special prize on ‘Put a Price on Carbon Pollution’, by the organisation of the festival along the CPLC, we were incredibly surprised and happy!

“They invited us to go to Marrakech, Morocco, where we learned a lot more about carbon pricing and climate change. It was amazing to see the huge amount of people that are working so hard to fight global warming.”

A jungle of opportunity 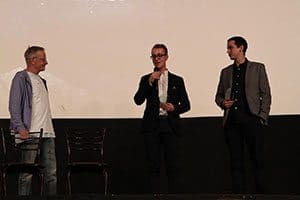 Bristol is affluent in creative talent, particularly in the film sector: “I found that there were so many different kinds of creative opportunities, which invited me to explore and further develop my skills,” comments Dani.

Jay feels the same about being based in the city, “Bristol is a jungle of opportunity! In a city where there is so much focus around young creatives, there are new creative programmes, classes and clubs everywhere you look, I wish I could do them all.

“If I could give any advice to young filmmakers in Bristol, it would be to grab every opportunity as you can when you are young, as most programmes have a maximum age of 25!”

Congratulations to both Dani and Jay for their well-deserved awards. Find out more about Film4Climate from its website or join the online conversation #Film4Climate. You can also check out Real World Visuals website to see their innovative animations or follow them on Twitter: @RealWorldVis