The first stage of the Venturer driverless car project in and around Bristol is testing out people’s reactions to using the technology. This stage is looking at the ‘handover’, when the control of the car switches from human driver to autonomous mode. This is one of the least studied aspects of the developing technology, and has […] 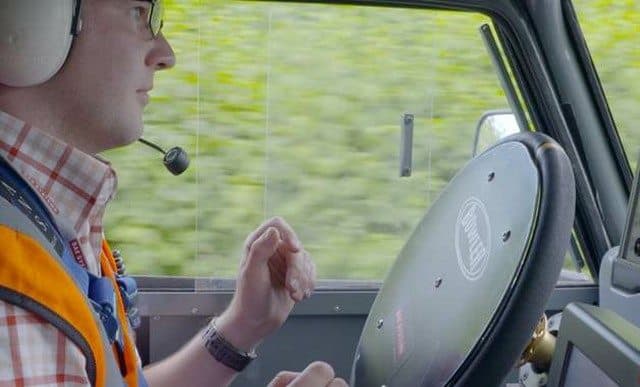 The first stage of the Venturer driverless car project in and around Bristol is testing out people’s reactions to using the technology. 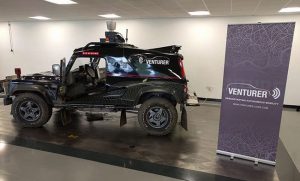 This stage is looking at the ‘handover’, when the control of the car switches from human driver to autonomous mode. This is one of the least studied aspects of the developing technology, and has been an issue with Tesla’s Autopilot semi-autonomous car software.

“This project is trying to plug the gap between technology, the road network and the user”

“Completely autonomous vehicles (AV) may be coming, but we are currently at the stage of ‘driver-assisted systems’ which are in use by some vehicles on our roads,” said Professor Graham Parkhurst at the University of the West of England who is running this stage of the trial. “In the short term drivers might benefit from better driver assistance technologies, but currently all vehicles on the UK network must have a driver attending to the situation and able to take control immediately.

“The really interesting questions around AV relate to transition,” he said. “Many people might eventually like us all to end up with fully autonomous cars, but as the technology emerges politicians, transport planners and road engineers will need to deal with a future of mixed conditions where the road network will have to cater for AVs as well as other road users.”

You can see the trial in action in the video below:

This first trial tests drivers in a static simulator and in the Venturer driverless car, on private roads at UWE Bristol. Under controlled conditions at speeds up to 20mph, operators were first instructed in the use of the vehicle and their reactions measured when they switched from driverless mode to take back control of the car. The data collected will be used to provide the groundwork for the next stage of testing and trials in the project.

“Autonomous vehicles are going to be a global phenomenon and it’s absolutely critical that the UK and the West of England economy are able to benefit from this new global industry,” said Tony Meehan, Consultancy Director at Atkins which is running the project. “Developing the technology and the skills needed to introduce something as radical as autonomous vehicles is crucial, but being at the forefront of this huge challenge is also about regulation, insurance, safety and maximising the benefits of autonomous vehicles. This project is trying to plug the gap between technology, the road network and the user.” 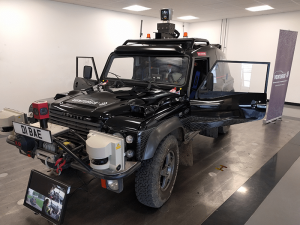 The three-year project seeks to establish the South West as a world-class test site facility for Connected and Autonomous Vehicles with a partnership of public, private and academic experts focusing on the people as well as the technology in the trials. The trials go hand in hand with developing understanding of the insurance and legal implications of increased vehicle autonomy.

“Reaping the benefits from this new technology depends on how we introduce it and how we decide to use it. We need to understand the human and social interface in order to fully benefit from this as a society,” said Professor Parkhurst. “For example, a scenario in which all vehicles were replaced with AVs wouldn’t help traffic reduction and emissions reductions might be very small. An AV might drive more smoothly than a human driver but major benefits in terms of sustainable mobility will only be possible if we use these vehicles in a different way.”

Tests next year will look at different road conditions, the AV emerging from junctions, manoeuvring around roundabouts, and choosing appropriate gaps in traffic that make the occupants feel safe without unnecessarily slowing down traffic or adding to emissions.

You can see the trials in operation on YouTube.