Blog: Why I’m teaching young people to code and more people should help

I recently wrote a blog post detailing what things we’re doing teaching young people to code in Bath and I figured people should understand why this is super important to care about. For me, the importance comes from there being a real absence of young people studying digital skills, especially girls. Skills shortage not being […] 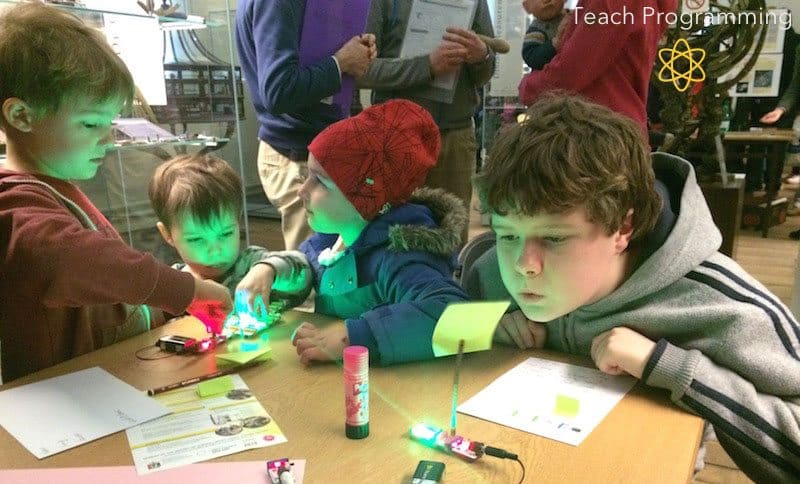 I recently wrote a blog post detailing what things we’re doing teaching young people to code in Bath and I figured people should understand why this is super important to care about. For me, the importance comes from there being a real absence of young people studying digital skills, especially girls.

Skills shortage not being addressed

There is currently a worrying shortage of digitally skilled young people, which is super important for the sustainability of the technology industry not only in Bath and Bristol, but outside too. The Americans are at least a decade a head of the UK in terms of promoting computing science to young people, and the longer we leave it the further we fall behind.

The only people really doing anything on a large scale for the UK are Code Club and they only focus on 9 to 11 year olds. What happens to the people they’ve inspired but turn 11 and drop off after the support and encouragement stops? What happens to everyone else?

“Over 45,000 jobs are currently being advertised for, and over 1 million places were listed as available over the past year alone” A recent study by Tech Nation reported that there are currently 1.5 million people employed in the technology industry, which contributes £58 billion towards the British economy. However, Tech Nation also reports that over 45,000 jobs are currently being advertised for, and over 1 million places were listed as available over the past year alone. (Thanks to Develop Me Training for helping with some of the more recent statistics.)

The BCS additionally say that 39% of companies are struggling to hire workers with the advanced skills they need, which has resulted in a 26% rise in wages in the past year alone.

Additionally, looking at the numbers of women in STEM (Science, Technology, Engineering, and Mathematics) roles, we only make up 13%. Google, a company who can hire pretty much whomever it likes, only 17% of their technology workforce are female (and they don’t actually specify what constitutes being classed as working in technology).

So a lot of schools, especially in Bath, have simply dropped computing (ICT is no longer a taught thing either). It is an optional GCSE students can pick, but seriously, who is going to pick a subject they don’t know anything about? This has been engineering’s problem for a long time.

Aside from making computing optional, the education system has, in my opinion, done a considerable amount of damage towards inspiring young people. A major aspect of software engineering is looking at who your end users will be, who are you building this thing for? What do you want them to actually get out of it? I don’t believe anyone writing the computing curriculum ever did that. We need to engage them younger: A little girl at Oxford University
works out how AND logic works; she needs to press the button
and the pressure sensor to get the light to switch on!

One of the biggest things we advocate with our digital maker clubs is creativity. In 2014 over 44,000 studied Art at A-Level, whereas only 4,000 people did Computing. Of those, 75% of the art students were female, vs 7% of computing students.

Tech developers are the latest creatives

This highlights (to me at least) that people love being creative. The current computing curriculum does not facilitate that whatsoever. This comes as a big surprise to a lot of people I talk to in tech, who usually argue that what they do on a daily basis is creative. It’s just not shown to young people like that yet.

The next biggest issue we face teaching children to code is the equipment we’re using. I’m not sure who decided, but every school I’ve been puts their computing classes in the darkest and scariest rooms.

In addition to being dark, the computing labs often are filled with the worst computers known to man. Many can’t or won’t let us install tools we actually need to use (we literally only need an ‘up to date’ web browser and a text editor). Being creative: Two young students making their
own etch-a-sketch with Hopscotch on iPads

In comparison, usually the Art department has a suite of MacBooks in a nice light and airy room. Which we’re usually told we’re not allowed to use. Ever.

“We were trying to make technology interesting to kids using software older than themselves!”

At one of the after school clubs I used to run in Plymouth the only text editor available for our use was DreamWeaver. For many developers this is painful enough, except we were forced to use DreamWeaver 2002. Our youngest students were born in 2003. We were trying to teach technology using software older than the kids themselves!

Why do we have to make do? We can usually make do with the equipment available in most schools, however we’d also like to support the young people who for whatever reason aren’t in schools, or are in schools we’re not teaching in.

We’ve been talking to the lovely people at the young carers’ network over the past year. They’d absolutely love us to demonstrate to their young people the wonders of computer science, however they lack any facilities to run anything. Which means we can do very little to help them right now.

Another major issue we face is the lack of understanding from teachers and other adults in regards to the importance of teaching digital skills. I have friends who built a Maths app for children, who quote how few Maths teachers have backgrounds in Maths. The number of teachers with backgrounds in computing or computer science numbers less than 50. With only 4 people graduating with computing degrees last year in the whole of the UK becoming teachers.

Many, I believe, consider it even less important now that the schools have dropped the subject. This often means our clubs get cancelled by the school at short notice due to other activities taking place.

On the other side, there are teachers who do understand the importance, however lack the technical ability to actually do anything useful. We have met teachers, teaching Computing GCSE, who are usually found teaching PE instead. These are wonderful people, who care a lot about their students, but simply aren’t qualified to do what the schools are asking them to do. Many students are more fluent in digital skills than the teachers themselves.

Wired magazine researched this fairly recently. They found that a lot of teachers, especially at secondary level, don’t feel they have adequate support. They don’t have a network of “experts” who can help answer theirs or their students’ questions and the government hasn’t really stepped in at all to help them. Eventually, this is something I’d like to be involved with.

Hopefully, that begins to justify why we at Teach Programming are doing what we’re doing. If you or anyone else can potentially help support us we’re always looking for volunteers! We’re also desperately looking to expand our collection of iPads with some cheap Linux laptops so we can run some outreach events.

The next major thing we’re going to be running is the BCS’s App-a-thon for Bath and Bristol at the University of Bath. We’re hoping to break a Guinness World Record for the most number of children building Android apps. The event is open for anyone aged 10 and above and tickets are available here.

IoC supporting economic recovery through upskilling and reskilling for tech

New branding for award-winning coding bootcamp iO Academy has inclusivity at its heart.