Organisation Profile: Mind of My Own, the app which empowers children in care to take control of their lives

When entrepreneurs talk about ‘disruption’, they refer to a radical change in people’s process or behaviour—a bucking of the trend in the way things are done—that results in a desired outcome being obtained more efficiently. And it’s great to come across a startup where this ‘disruption’ is truly intent on making people’s lives better. Mind […] 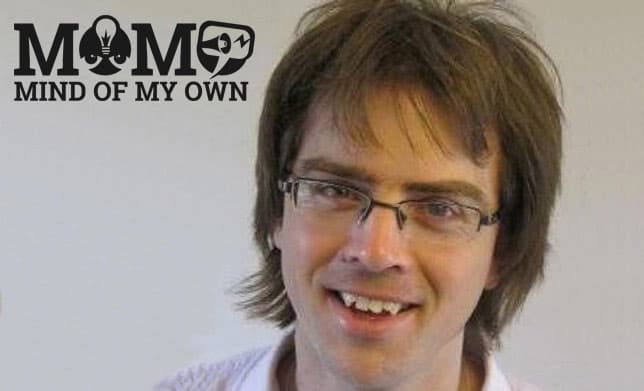 When entrepreneurs talk about ‘disruption’, they refer to a radical change in people’s process or behaviour—a bucking of the trend in the way things are done—that results in a desired outcome being obtained more efficiently.

And it’s great to come across a startup where this ‘disruption’ is truly intent on making people’s lives better. Mind Of My Own (MOMO), co-founded by Taunton-based Joe Roberson and Yvonne Anderson of sixteen25, aims to ensure that children in care are making their voices heard as they pass through the care system.

“It’s an app for children in care that helps them express their views to a social worker and other people involved in their care,” explains Joe.

“The young person will go on [to the app] and it gives you a few different options: What do you want to do; do you want to set up a meeting, request a change to your care, or do you want to get a problem sorted? And depending which option they choose, MOMO then asks them questions about what’s happening and what they’d like to have happen.”

Children should be heard

Whatever their needs, a child can fill in easy-to-use forms that are made up of a combination of free-text boxes for their comments, tag words they can select (the complaints form gives them options like ‘badly treated’, ‘not listened to’, ‘not asked’, ‘not told’), and multiple-choice questions such as, ‘How are you feeling?’, where they can pick from a range of moods to convey their state of mind. 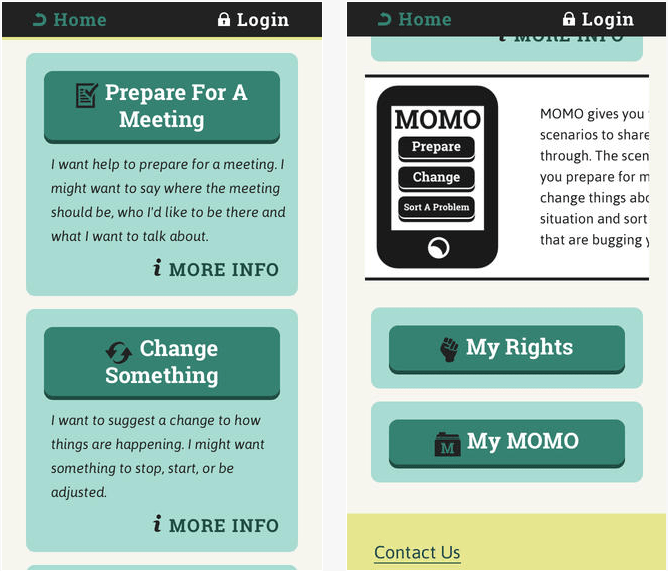 How are you feeling? Emotion tags make communication easy

“When they’ve gone through [the form], we turn what they’ve said into a statement of their views. It’s like a PDF, all professionally and clearly laid out, that they can then send via email to people that they want to, or download and print for a meeting and things like that.”

So why might a child need to use this app, as opposed to simply talking to a care worker? Is it for the quiet, shy kids who might not like to talk face to face?

“You can use it when no one else is around, or you can use it with your foster carer, and it basically guides your thinking. It’s to help you structure your thoughts, get them down, and then it creates a statement of views.”

In addition to the app itself, there’s Service MOMO, the subscription service. “Service MOMO is how we’re monetising it, basically. So if you’re a local authority and you sign up then your service gets listed on the app, which makes it easier for young people to send you their statements. Most young people don’t actually know their social worker’s email address. So if you list it, they just press a button.

“You get a sort of dashboard that you can access and control how your account works. You can view statistics on what young people are tagging in the app and what area. And we give them promotional materials, email for their staff, that kind of stuff really.” 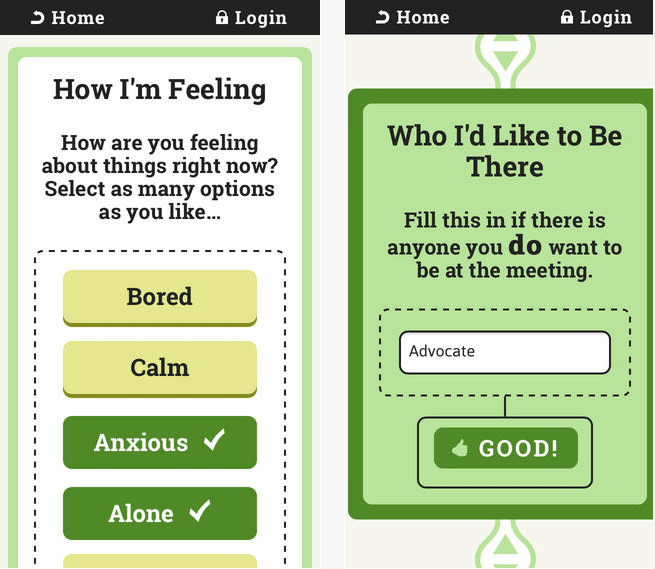 Giving them options: children can request changes to the service

Mind of My Own has already worked with local authorities in Surrey, Derbyshire, West Sussex, Northern Ireland, Northumberland, Reading and south east London. In these areas, ‘disruption’ has been beneficial for everyone, greatly improving this particular facet of child-care services.

“In one area in Northern Ireland, we completely disrupted their way of preparing young people for meetings. They used to use these quite poorly designed paper forms and now young people use MOMO with their social worker and engagement has gone up from 64% up to 100%. And that’s over about 50 young people in the last six months.”

Joe has a professional history of supporting children’s voices. “My background is in independent advocacy where I help young people be heard,” he says. “I became freelance four years ago, and MOMO came out of a combination of digital work I was doing which gave me ideas, and my background in children’s rights and advocacy.”

In those four years, Joe helped to manage Innovation Labs, funded by Comic Relief, providing digital tools for young people with mental health issues. He’s been involved in advocacy funding and writing advocacy resources and toolkits, and has helped to raise “close to £2,000,000 in grants and contracts for advocacy organisations.”

For Mind of My Own, Joe approached sixteen25 for funding and together they won a £65,000 grant from Nominet Trust to get the project off the ground. To get to that point was a learning curve, with the success and failure of past projects. 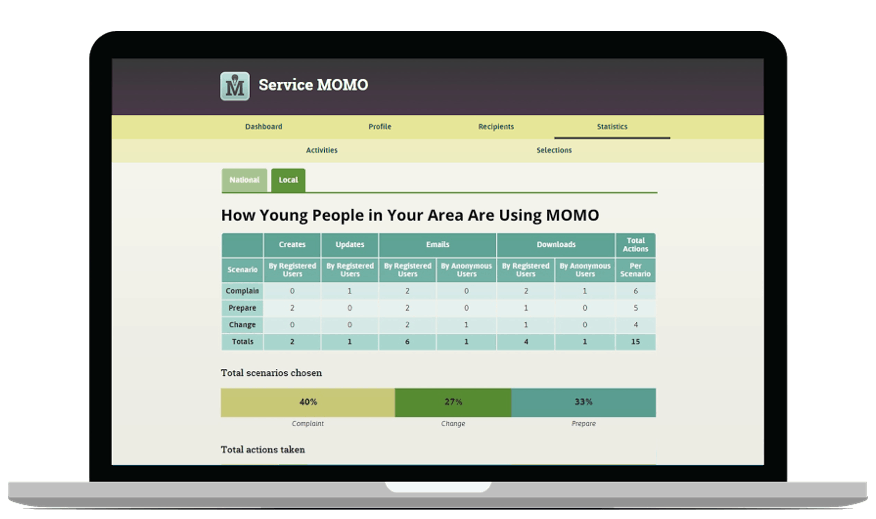 Joe lists some of the pitfalls: “There was failure to develop a business model soon enough, or to not even think about the business side of it until the product was launched. That was a bad mistake on a past product. And being guilty in the past of asking people what they want, rather than understanding the problems properly. Stuff like that.”

Problems aside, MOMO has been a success, taking £30,000 revenue this year—but it’s still been a learning process as the company strives to turn a good product into a viable business.

“One thing I would say is that I would have established a higher price point. So we doubled our prices for Service MOMO in September, but to be honest we could have charged more sooner. Everyone kept saying it’s very cheap because we were charging £2000 to begin with to local authorities, and we doubled it in September on their advice basically.

“And the other thing is, selling to local authorities, what I wish we’d known sooner was about how much information government checks require. We had to do a lot more work than we expected with our own information to get the documentation to meet their requirements.” 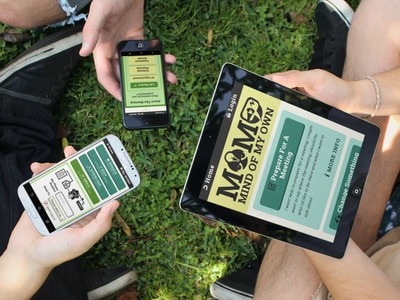 Instant access: kids can connect to MOMO on their smartphone

Nevertheless, the company appears to be on a roll. It’s already won a few awards, including the Advice & Guidance Award (Children & Young People Awards 2014), as well as being shortlisted for the Digital Entrepreneur Awards and, of course, our own ‘Tech for Good’ SPARKies award. So where do they go from here?

“The future is growing,” says Joe. “MOMO’s grant runs out next summer. We need to do at least 80K next year, which should be achievable. At some point then we look to scale, maybe with social investment, and just make it work for young people using mental health services as well. Which it’s already being used for, but it’s just a case of touching up and selling it.”

It all makes good business sense. But Joe brings this future talk back to the project’s main purpose: “Young people don’t feel they’re being listened to,” he says. “It’s about disrupting the way that young people are able to get their problems sorted.”

The app is available in the App Store, the Google Play Store, and through the mindofmyown.org.uk website.

Thanks to Joe for speaking to us. You can find Joe at his personal website, Working With Joe, as well as on Twitter, Facebook and Linkedin. Mind of My Own can also be found on Twitter @MindOfMyOwnApp. 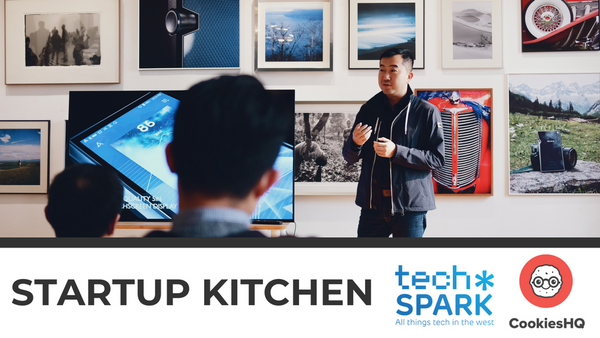